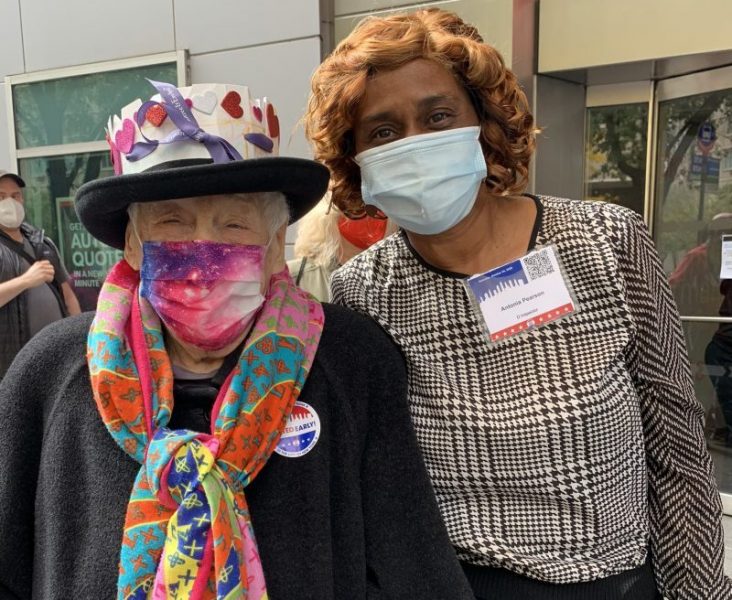 Ruth, a 104-year-old New Yorker, went viral over the weekend when her early voting story and passionate call for the people to vote got shared online.

Journalist Faith Salie shared the story through photos and videos on Twitter after accompanying Ruth to vote early.

“She was born before women had the right to vote,” Salie said of Ruth, adding that the centenarian’s first vote “was for FDR.”

In one video, Ruth was asked if this was one of the most important votes she has ever cast in her lifetime.

“This is hands down, without exception and I’m talking about the first World War, the Second World War, and every other election before or since. This is it,” she replied. “That’s why I’m so thrilled that I’m still alive.”

The centenarian could not be filmed as she cast her ballot due to voting rules but was seen exiting the polling place ecstatic and happy.

Later, Salie shared a video of Ruth saying she felt good about the vote, The Hill reported.

“This is the most important thing I could do,” she said. “Now I can die happy!”

Early voting is seeing record numbers across the United States amid the COVID-19 pandemic, with both parties turning out in full force.

The Associated Press revealed that over the weekend, the number of people who have voted in this year’s presidential election had surpassed the total number of individuals who voted early in 2016 — with several days remaining until Election Day.