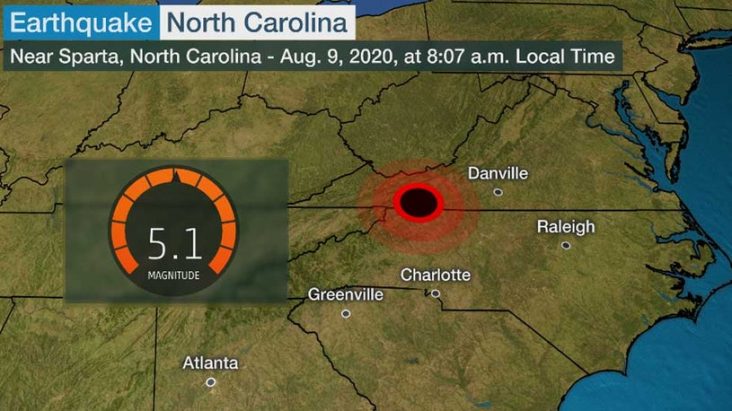 Residents of Sparta in Alleghany County, near the Virginia/North Carolina line, woke up to shaking and rumbling on Sunday morning as a 5.1 magnitude quake rocked the area.

The tremors were felt across the region and damaged several stores, Sparta Mayor Wes Brinegar said.

Mayor Brinegar said in a TV interview that the quake “felt like one of those wave machines. Just kind of lift you up off the ground a little bit and set you right back down.”

The U.S. Geological Survey (USGS) said the quake was felt by many surrounding states across the country.

Mayor Brinegar said the town suffered mostly moderate damage with spots of severe damage. “We just replaced a 100-year-old water line. So if it had been in the ground, we could have had a lot more damage,” he said.

Prior to the Sunday morning quake, the USGS reported that the area had five smaller earthquakes starting Saturday evening, ranging from a magnitude 2.1 to a magnitude 2.6.

This is the largest earthquake in North Carolina since 1916 when a 5.5 magnitude earthquake happened near Skyland.