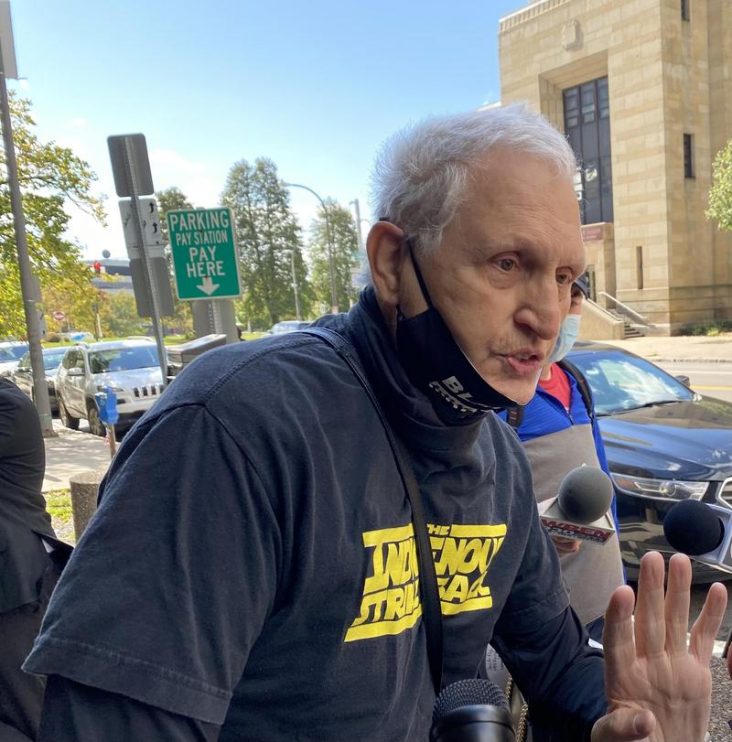 Martin Gugino speaks with reporters during a police brutality protest in October, his first public comments regarding the June pushing incident. Gugino filed a federal lawsuit against the City of Buffalo Monday.

Martin Gugino, the 75-year-old protester who was pushed to the ground by officers during a “demonstration” against police brutality and racial injustice last year, filed a lawsuit on Monday against Buffalo, its mayor, and other officials.

Gugino was seen in a now-viral video approaching police officers amid a demonstration. The footage showed Gugino being pushed back by the officers, falling and hitting the ground, as blood gushed from his head.

Erie County District Attorney John Flynn announced last week that a grand jury voted to dismiss a case against police officers Robert McCabe and Aaron Torgalski over the incident. They were charged with second-degree assault after being seen in the video footage harming the 75-year-old man.

The lawsuit criticizes that police seeking to enforce the day of the incident was “unconstitutional and draconian” and “selectively enforced against peaceful protesters.”

It also claims that officers used “unlawful and unnecessary force” and that defendants violated Gugino’s constitutional rights, including his rights to the freedoms of speech and peaceful assembly.

Gugino was hospitalized with a fractured skull after the incident and spent nearly four weeks in medical facilities, according to a statement issued by Lipsitz Green Scime Cambria, the law firm representing the man.