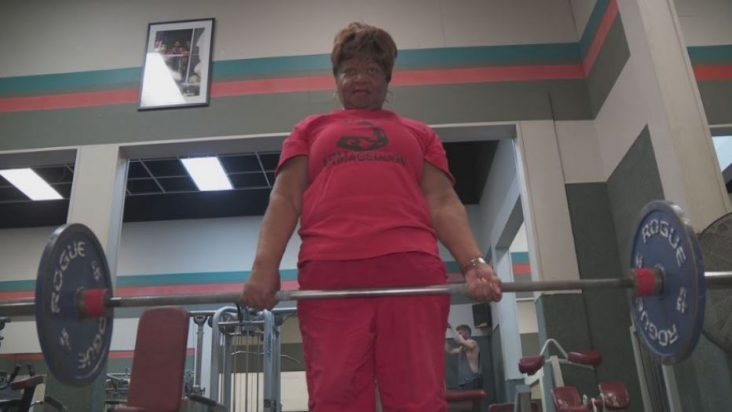 Thirteen years ago, Nora Langdon, a realtor, wanted to get in shape, so she trained and became a powerlifting star.

So far, she has set 19 world records, and continues to make history at age 78. Langdon deadlifts close to 400 pounds- squats 380 and bench presses up to 185.

Art Little, who coaches Langdon, said, “She watched us getting ready for a powerlifting meet and asked a question I’ll never forget it; ‘Do you have any old broads doing that?’ And I said ‘Yeah.'”

“She came and watched us at the meet and said she wanted to do it.”

At first, he says he was apprehensive because Langdon was 65, but she was determined.

“You just have to put your mind to it,” she said. “Your mind and your body, and be consistent. As long as you’re consistent, you can do it.”

Langdon ended up blowing away everyone’s expectations. She has set 19 world records for her age group and isn’t slowing down.

“She’s really been an asset to the gym, and to me, and to the whole powerlifting field,” Little said. “To see somebody at that age doing what she’s doing it’s a blessing.”

Langdon says anyone can get in shape at any age- the key is never giving up and having faith.

“Get up off that couch, go walking, walk a mile starting, then you can end up with five miles,” Langdon said. “You just have to be consistent and keep doing it and don’t let your mind or people tell you you can’t.”

Langdon is going for another world record, and her next competition is this weekend.