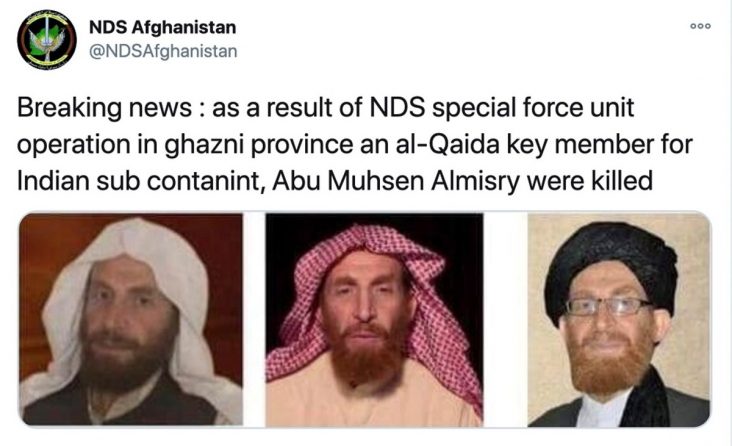 Abu Muhsin al-Masri, believed to be al-Qaeda’s second-in-command, was on FBI’s Most Wanted Terrorists List.

Afghan security forces have killed a senior al Qaeda leader who was on the Federal Bureau of Investigation’s Most Wanted Terrorists list, Abu Muhsin al-Masri.

U.S. National Counter-Terrorism Center Head, Chris Miller, confirmed al-Masri’s death in a statement, saying his “removal .. from the battlefield is a major setback to a terrorist organization that is consistently experiencing strategic losses facilitated by the United States and its partners.”

The report said Al Qaeda’s loss of al-Masri, “highlights the diminishing effectiveness of the terrorist organization.”

In the United States, Al-Masri has been charred for providing material support and resources to a foreign terrorist organisation, and conspiracy to kill U.S. nationals.

Al-Masri, an Egyptian national, is believed to be al Qaeda’s second-in-command.