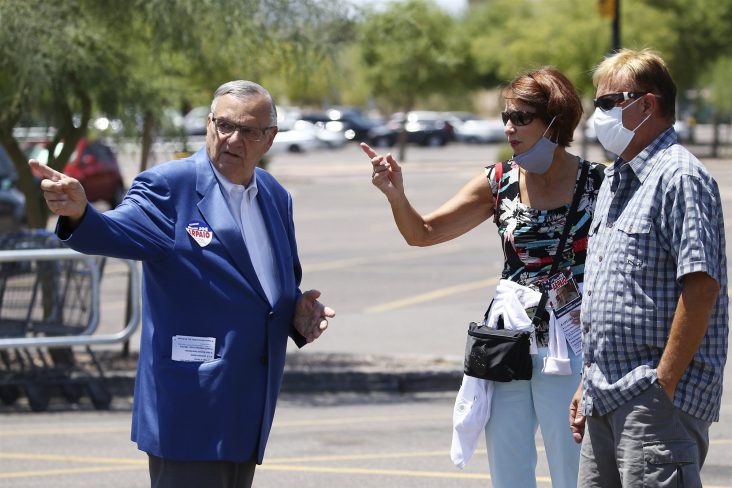 It was Penzone who unseated Arpaio from the sheriff position in 2016.

Arpaio was sheriff of Maricopa County for 24 years. He became known for his controversial policing tools including creating a “tent city” where he housed inmates in tents during triple-digit heat.

After losing to Penzone, Arpaio, an avid Trump supporter, ran for the U.S. Senate in 2018 but lost to Martha McSally.

After learning of his loss, Arpaio told the local newspaper, The Arizona Republic,  that “this will be the last time I run for office.”