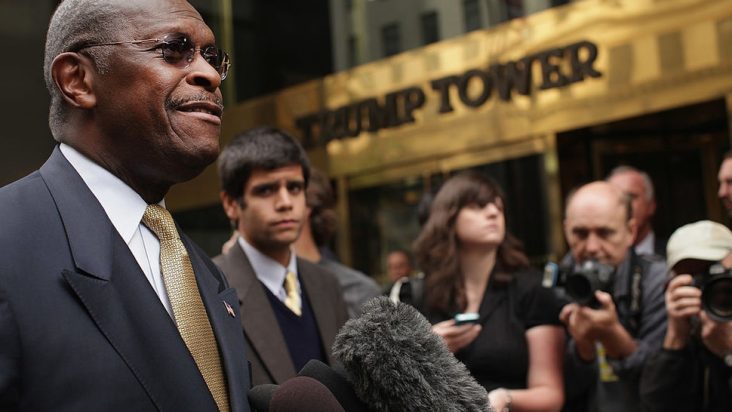 Speaking on his CNN show “Cuomo Prime Time,”  he noted that Cain attended a rally for Trump in Tulsa, Oklahoma where he could have possibly picked up the coronavirus.

“Now, maybe he didn’t get it there. Sure, as hell didn’t help. May Herman Cain rest in peace. He fell ill not long after that rally in June, the one in Tulsa, Oklahoma. You see him not wearing a mask,” he said.

Cuomo alleged that Trump encouraged his good friend Herman “to go to a rally where nobody would socially distance and nobody would wear masks.”

After hearing the news of Cain’s passing, President Trump tweeted, “My friend Herman Cain, a Powerful Voice of Freedom and all that is good, passed away this morning. Herman had an incredible career and was adored by everyone that ever met him, especially me. He was a very special man, an American Patriot, and great friend. I just got off the phone with his amazing wife Gloria, daughter, Melanie, and son Vincent to express my deepest condolences to the entire family. @FLOTUS Melania and I loved Herman Cain, a great man. Herman, Rest In Peace!”