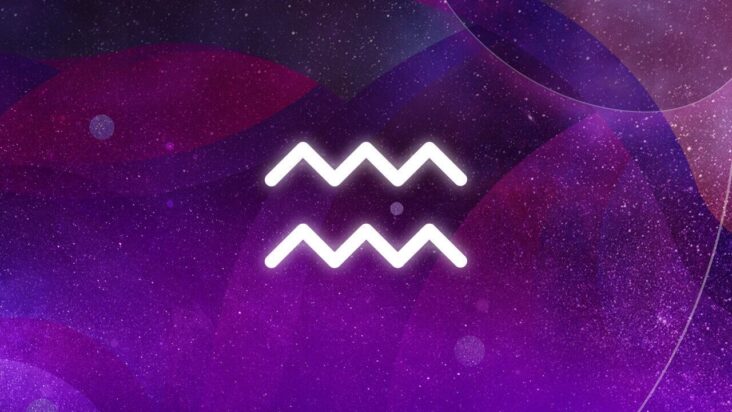 Aquarius is the eleventh sign of the zodiac, ruled by the planet Uranus. It is an air sign, and people born under this sign are said to be intelligent and creative. They often have a unique perspective on life and can be quite eccentric. Aquarius men also have a strong sense of justice and fairness, and will stand up for what they believe in.

Aquarius men are unique and often unpredictable. They can be charming, intelligent and creative. However, they can also be detached, aloof and irresponsible. Here are their most significant positive and negative traits:

Intelligence: Aquarius men are often intelligent and quick thinkers. They have a knack for problem solving and seeing the big picture. This makes them excellent leaders and innovators.

Creativity: Aquarius men are often creative, with a strong sense of imagination and intuition. This can make them great artists, writers, or musicians.

Open minded: Aquarius men often have progressive values and enjoy being around others who share their same viewpoints.

Charm: Aquarius men can be very charming, with a strong charisma. They know how to attract people and make a good impression.

Justice: Aquarius men have a strong sense of justice and fairness. They often stand up for what they believe in, even if it’s not popular.

Aloofness: Aquarius men can sometimes be aloof and detached. They may have a hard time opening up emotionally and can be very critical.

Detachment: Aquarius men can also be detached from their feelings and emotions. This can make it difficult for them to form close relationships.

Irresponsibility: Aquarius men can also be quite irresponsible, often shirking their duties in favor of more fun activities.

Rebelliousness: Aquarius men can be quite rebellious and iconoclastic, often bucking societal norms and conventions.

Scepticism: Aquarius men can be quite sceptical, often questioning everything around them. This can make it difficult for them to form relationships and commitments.

Criticism: Aquarius men can be very critical of others, as well as themselves. This often stems from their perfectionist tendencies.

What an Aquarius Man is Like in Love and Relationships

Aquarius men are idealists who believe in the power of love and romance. They are often attracted to creative and free-spirited women. Aquarius men can be very generous and protective of their partners. However, they also have a tendency to be inconsistent and may not always be there when you need them.

If you’re in a relationship with an Aquarius man, it’s important to understand his quirks and be willing to go with the flow. Aquarius men can be very changeable, so you’ll need to be adaptable as well. Be prepared for plenty of surprises – both good and bad!

An Aquarius man typically approaches love and relationships in a casual way. He doesn’t like to feel tied down or constrained, and prefers to keep his options open. An Aquarius man will often take his time getting to know someone before committing to a relationship. He wants to be sure that he is compatible with his partner and that there is a mutual connection.

When it comes to love, Aquarius men can be very generous and loving. However, they also have a unique way of showing their affection. An Aquarius man may not always say “I love you,” but he will show his love in other ways. He may take an interest in his partner’s hobbies or interests, and will always be there to support them.

Ultimately, Aquarius men are a lot of fun to be around and can offer a lot in a relationship. If you’re up for the challenge, an Aquarius man can be an exciting and rewarding partner.

What You Should Know about Dating an Aquarius Man

If you’re thinking of dating an Aquarius man, there are a few things you should know. First, Aquarius men can be very independent and may not like to be tied down. They also have a tendency to be critical, so you’ll need to be able to take some constructive criticism.

Another thing to keep in mind is that Aquarius men can be quite unpredictable. They don’t like routine or monotony, and can be quite changeable. If you’re not the type of person who likes to live on the edge, dating an Aquarius man may not be for you.

However, if you’re up for a challenge and can handle an unconventional relationship, then dating an Aquarius man may be just what you need. You’ll never know what to expect, but that’s half the fun!

Aquarius men can be quite commitment-phobic and often take their time getting to know someone before committing. They want to be sure that they are compatible with their partner and that there is a mutual connection.

They may also be hesitant to commit because of their fear of being tied down or constrained. Aquarius men like their freedom and don’t like to feel restricted. If you’re looking for a committed relationship with an Aquarius man, you’ll need to be understanding and adaptable.

Signs that an Aquarius Man has Feelings for You

There are a few signs that an Aquarius man has feelings for you. If he takes an interest in your hobbies and interests, that’s a good sign. He may also start coming up with ways to spend more time with you or find excuses to touch you. Aquarius men are not typically very affectionate, so if he starts showing signs of affection, it’s a good indication that he has feelings for you. Here are some other signs that he’s into you:

What to do if an Aquarius Man pulls away

If an Aquarius man starts to pull away or seems distant, don’t panic. He may just be taking some time to evaluate the relationship. Aquarius men can be quite fickle and may not be sure what they want.

The best thing you can do is give him some space and let him come to you. Be understanding and patient, and don’t push him. If he’s interested in you, he’ll come back eventually. However, if he doesn’t come back, it may be best to move on.

Aquarius men are typically open-minded and experimental when it comes to sex. They enjoy trying new things and are not afraid of change. If you’re looking for a sexual partner who is willing to try anything, an Aquarius man is definitely the right choice.