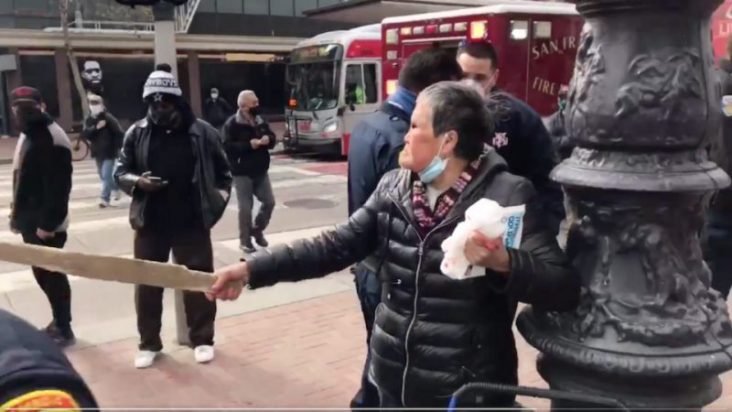 Xiao Zhen Xie, the 75-year-old woman, punched by a white man in San Francisco and then fought back by smacking him with a board decided not to keep the nearly $1 million donated for her medical expenses.

Her grandson says Xie insists on donating the money to help stop racism against the Asian American community in the United States.

“She insists on making this decision saying this issue is bigger than Her,” John Chen wrote in an update on GoFundMe.

Xie was attacked on San Francisco’s Market Street the morning after six women of Asian descent were killed in a shooting rampage in the Atlanta area.

Xie had been waiting to cross the street when she was suddenly hit in the face. San Francisco Police say the suspect, Steven Jenkins, punched Xie minutes after assaulting an 83-year-old Asian man.

Xie’s Family said that despite being badly hurt, the senior responded by grabbing a wooden board and hitting the man.

Jenkins, 39, was left with a bloody mouth and is facing assault and elder abuse charges.

Xie was left with “two serious black eyes and one that is bleeding unstoppably,” Chen said when he set up the fundraising page, which sought around $50,000 to help his grandmother cover her medical expenses. She is a cancer survivor who also has diabetes, he said.

In Tuesday’s update, Chen said that Xie’s condition has improved and that she is recovering both physically and mentally.

“She is now starting to feel optimistic again and is in better spirits,” he said.