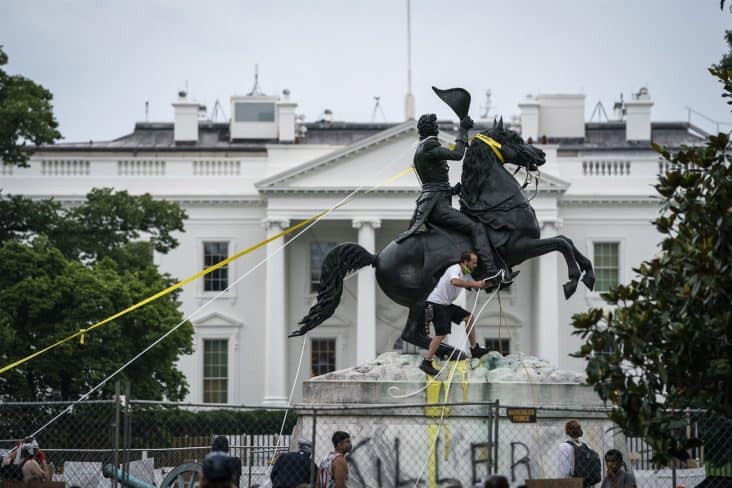 President Donald Trump today threatened vandals with an ‘Automatic 10 Years in Prison” if they plan to harm federal statues and monuments.

President Donald Trump has threatened vandals and activists with an automatic 10-year prison term even for just attempting to destroy or deface federal statues and monuments.

On Sunday, the president renewed his commitment to protecting federal monuments and punishing vandals.

“No, Radical Left anarchists, agitators, looters or protesters will not be knocking down or harming the Washington Monument, the Lincoln or Jefferson Memorials. If they even try, an automatic 10 years in prison. Sorry!”

Trump’s warning included “just about any other” federal statues or monuments.

Under the Veterans’ Memorial Preservation Act, offenders will be sentenced to up to 10 years imprisonment and a fine for damaging or attempting to damage “any structure, plaque, statue, or other monument on public property commemorating the service of any person or persons in the armed forces of the United States.”

Besides the new executive order protecting monuments, the President had also approved the creation of a new park for American heroes. He said the garden will house displaced and damaged statues of historical figures and past presidents.

Police authorities in different states are also pursuing and arresting vandals and activists who deface statues, monuments, and federal buildings.