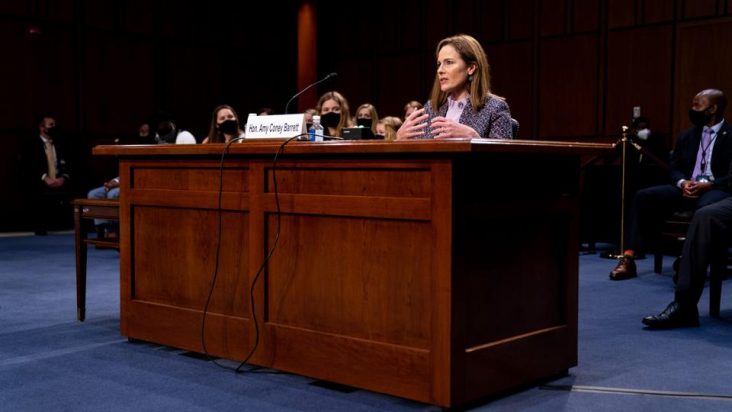 Supreme Court nominee Amy Coney Barrett said Wednesday the court has no power over “whether or not a president obeys” its decisions.

Barrett cited the example of Brown v. Board of Education, when after the Supreme Court’s decision to desegregate schools, the National Guard had to enforce the ruling.

During the confirmation hearing, Democrat Senators have raised the topic of limits on the president under the Constitution multiple times.

Barrett, for her part, refused to comment on whether presidents must commit to a peaceful transfer of power.

Barrett on Wednesday also declined to comment on whether the president can pardon himself, as President Trump said in 2018 he had the “absolute right” to do.

“The Supreme Court has no power, no force, no will, so it relies on the other branches to react to its judgments accordingly,” Barrett said.

Earlier, Democrats have asked Barrett to recuse herself from election-related cases if she is confirmed.

The 48-year-old mother of seven responded that she is independent of the president despite him nominating her to the Supreme Court.