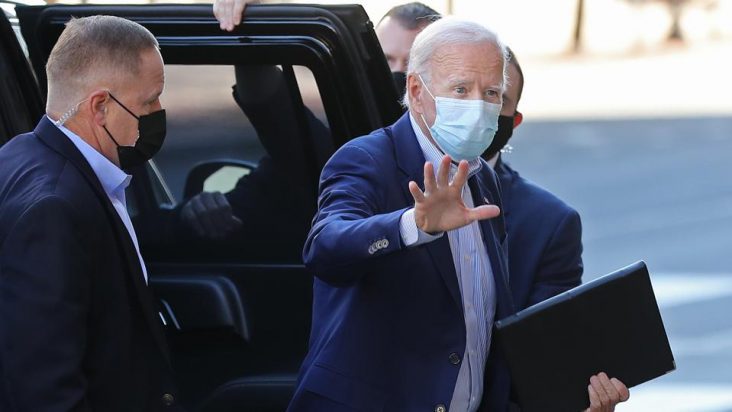 President-elect Joe Biden called on Americans of all political persuasions to join together to slow the spread of the coronavirus.

Democratic presidential nominee Joe Biden refused to rule out the prospect of increasing the number of justices on the Supreme Court.

At the Town Hall hosted by ABC on Thursday, Biden said he would announce a firm position on the issue before Election Day.

Moderator George Stephanopoulos pressed him to answer a question which the former vice president appeared to have been evading for weeks.

Biden said his position would depend on how Republicans handled the current confirmation process for Judge Amy Coney Barrett.

Biden said he was looking to see whether “there’s actually real live debate on the floor, if people are really going to be able to have time to go through this” process thoroughly.

The moderator asked, “If they vote [on Barrett’s nomination] before the election, you are open to expanding the court?”

“I’m open to considering what happens from that point on,” Biden replied.

“But don’t voters have a right to know” your position on this, Stephanopoulos responded.

“They do and they have a right to know where I stand before they vote,” said Biden.

“So, you’ll come out with a clear position before Election Day?” Stephanopoulos shot back.

“Yes,” Biden said. “It depends on how they handle this.”

Reports say Senate Republicans are rushing to confirm the conservative Barrett to a lifetime appointment.

It must be noted though that the Constitution did not establish only nine justices on the Supreme Court. Congress can pass a law to change the number of justices.

However, since 1869, there have been nine Supreme Court justices. President Franklin Roosevelt tried and failed to expand the court in the 1930s.