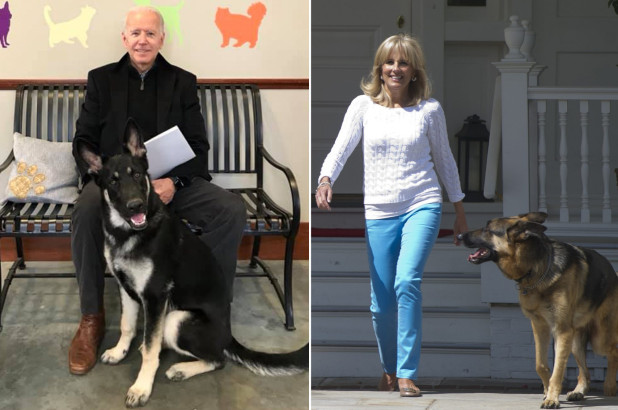 Joe and Jill Biden and their German shepherds, Champ and Major.

After 4 years, the White House will once again be home to very special pet dogs.

Joe Biden and his wife Jill bring with them two German Shepherds, Champ and Major, when they take up residence at the White House in January.

The Bidens bring back a tradition which was discontinued when Donald Trump came into office in 2017.

The Trumps did not have any pets in the White House. Before Trump, the last President who did not have a pet dog was William McKinley. Instead, McKinley had a parrot, a pair of kittens and roosters.

Champ and Major were fostered by the Bidens after being informed by their daughter Ashley that the dogs needed a home. The pair were adopted from the Delaware Humane Society. They are well-trained, and can endure long travel and are comfortable with plenty of people around them.
The White House was without any pet dogs under Trump, but the Obamas had two Portuguese Water Dogs named Bo and Sunny.