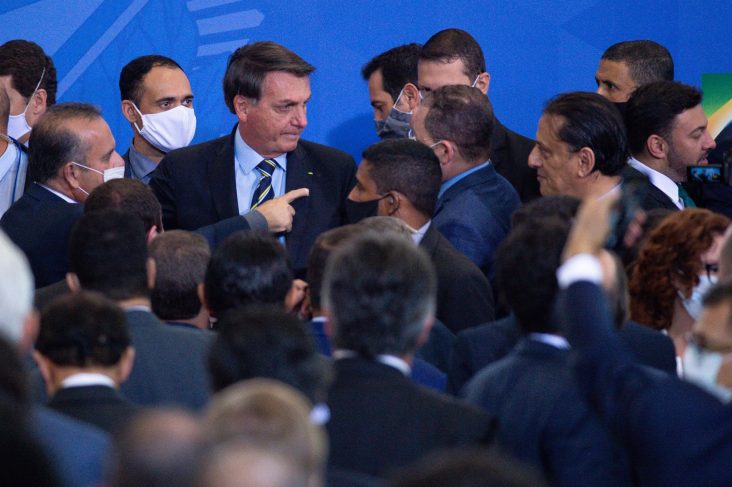 Brazil's President Jair Bolsonaro announced earlier that he has tested positive for coronavirus.

The President of Brazil, a country with 1.6 million confirmed cases and more than 65,000 deaths, has tested positive for coronavirus.

Bolsonaro made the announcement to the press on Tuesday.

“There’s no reason for fear. That’s life. Life goes on. I thank God for my life and the role I’ve been given to decide the future of this great nation that is called Brazil,” Bolsonaro said.

Brazil is second to the U.S. with the most number of coronavirus cases. Bolsonaro is known for trivializing the pandemic and not supporting the wearing of face masks and practicing social distancing.

Even after testing positive, Bolsonaro stepped back from the media he was addressing, removed his mask and, grinning, said: “Just look at my face. I’m well, fine, thank God … Thanks to all those who have been praying for me … and to those who criticise me, no problem, carry on criticising as much as you like.”

Bolsonaro still maintains that Brazil’s governors and mayors who are proposing shutdowns and social distancing are inducing panic.

“Some authorities even forbade people from going to the beach. The majority of Brazilians contract this virus and don’t notice a thing,” the Brazilian president stressed.

On Monday, Bolsonaro was tested after running a 38C temperature and having a persistent cough. Doctors also took an MRI of the president’s lungs and they were found to be clear.