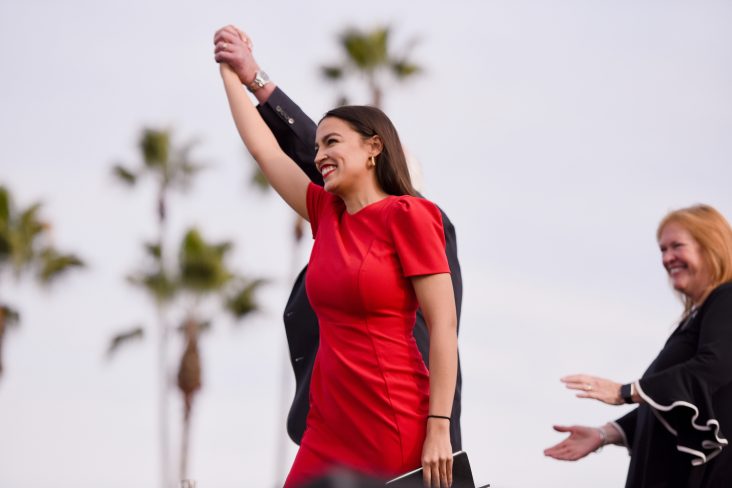 The man, who was discovered to be Garret Miller, was arrested Wednesday in Texas. His charges include threats and violent entry, and disorderly conduct on Capitol grounds.

A detention hearing for Miller is scheduled for January 25.

Newly released court documents chronicle a series of social media posts Miller reportedly made on January 6 and in the days following the riot, including threats to the Democratic lawmaker and a U.S. Capitol Police officer.

“Assassinate AOC,” Miller tweeted on January 6 in response to a call by Ocasio-Cortez to impeach Trump, according to the criminal complaint.

In a Facebook discussion on January 10 about the Capitol Police officer who fatally shot a rioter, Miller allegedly said, “We going to get a hold of [the USCP officer] and hug his neck with a nice rope[.]”

Miller’s Twitter account has been suspended, and his Facebook page has been deleted. The FBI affidavit included screengrabs of social media posts they attributed to Miller and stills of surveillance footage that allegedly placed him in the Capitol building on January 6.

In response to news of Miller’s arrest, Ocasio-Cortez tweeted, “On one hand you have to laugh, and on the other know that the reason they were this brazen is because they thought they were going to succeed.” Ocasio-Cortez spoke of the threat to representatives in an Instagram Livestream on January 12.