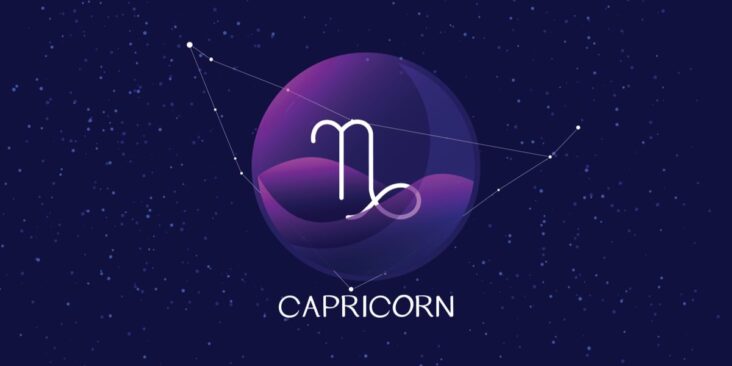 So, you’re attracted to a Capricorn man; but what exactly does that mean? Let’s look at some of their personality traits first, before exploring what they are like in love and relationships.

Capricorns are the most ambitious and hard-working sign of the zodiac. They like their independence and will go to any lengths for self-preservation. These men love to be in control, and their powers of endurance and focus make them the most determined sign in the zodiac; and if they want something, they usually get it.

They love power and authority, and gravitate towards being managers and leaders. They respect those with skills that can help them achieve their dreams. Since these men like to be in control, they prefer a woman who will go along with his vision and let him take the reigns by being in charge.

They desire success and plenty in life; Capricorn men want a life full of social status and financial security. They love a good party and can give one too, with their ability to network and socialize with a myriad of people. These men tend to have so much going for them, not just materialistically but emotionally as well, which is why they’re considered the most compatible sign for Scorpio women.

While Capricorn men love money, they don’t particularly care about material things. They also aren’t the most artistic of signs but they do have a good sense for beauty. These men seek out authenticity in everything from their clothing choices to relationships with people.

In general, Capricorns are very ambitious and willing to wait for what they want. Their ability to focus on long-term goals makes them prime candidates for relationships that require lots of patience.

Some other personality traits of Capricorn men:

Capricorn man in love and relationships

Capricorn men want a partner that matches their ambition and drive; essentially, someone that can keep up with them. They are attracted to women who are classy, elegant, and that can represent him well in public or among his peers.

Capricorns are loyal lovers who are not into one-night stands or casual flings. They are traditional in that they prefer to find a match that is “worthy” of them; if they settle for anything less than their idea of perfection, they feel like failures. Although these men may appear unemotional and aloof on the outside, beneath this facade lies one of the most passionate signs in the zodiac who likes to please their partners.

When it comes to love, they are compliant and devoted in almost every aspect. They are not very vocal about their feelings, but when they commit to someone, they will do everything within their power to keep that person in their lives for as long as possible. They also have a tendency to get jealous over trivial matters, but they are not possessive.

Capricorns have a tendency to become complacent in relationships, so it is important that their partners do things with them to brighten up the moods. These men can be very boring at times, especially when they’re around people who don’t interest them; if their partner doesn’t keep things spicy between them, these males will look elsewhere.

Although these men are not the most romantic of signs, they do have a sentimental side that’s often revealed in subtle ways – like buying their partner flowers or leaving them love notes on their pillow. They want to know that they’re special to someone; it makes them feel secure and needed.

Like other earth signs, these men don’t ask for much and the last thing they need is a partner that’s materialistic or needs a lot of attention from them, as they tend to be independent and self-sufficient.

Capricorn men are loyal partners who only look for their match among the most loyal of signs. Once they make a commitment, they don’t go back on it, and will work hard to maintain any relationship that is important to them. They will not cheat or stray from their lover but can get so caught up in pursuing success and their career that they might neglect the one person closest to them.

As mentioned earlier, when these men do settle down, they settle in every way possible. They will dedicate themselves entirely to their partner and expect the same level of commitment in return. If this balance is achieved, Capricorn males are not only loyal but also very loving and affectionate.

Capricorns are not the most expressive of signs so it is possible for their partners to sometimes misinterpret this as a lack of devotion or even interest in them, but once they realize that someone is actually interested in pursuing them romantically, they will become devoted and loyal lovers who can be trusted with any secret.

Capricorns are the most loyal and devoted of all signs, so they can come across as needy or clingy to those who do not know them well. However, this is not what they intend at all! It just means that these men want to be with their partners and will show how much they care in whatever ways possible – even if that means wanting to spend every minute with them.

They do not mean to come across as overbearing or controlling, but it is a little disconcerting for a Capricorn male when their partner shows an interest in spending time with friends and going out without them. This may be the result of insecurity on their part, which is why they sometimes resort to controlling behavior when things do not go their way.

Capricorn men are very ambitious so having a partner who is equally driven and devoted to a career can be a great motivator for them; this is because both partners can inspire each other to work even harder at everything they do in life. However, there may sometimes come a time when these men feel that their personal goals are threatened by their loving partners, but this is usually not intentional.

Capricorns love to hold the reins in relationships because they believe it gives them more control over the relationship and makes them feel safe. These men fear being abandoned so much so that they hold on to people to keep them by their side.

Capricorns are very grounding signs, known for their commitment to family and traditional values; they make it a point to be loyal partners above everything else. Like all earth signs, if these men feel like they can relax and trust their partner’s intentions, it will become easier for them to change the way they behave in relationships.

Capricorn men are not very good at expressing themselves verbally. They can be awkward around new people and they don’t trust easily. If you’re romantically interested in them, it will take time before they feel comfortable opening up to you; thus, the best way to win a Capricorn’s heart is through simple acts of kindness and showing them your affection.

If you want to date a Capricorn man, make sure you make the first move and don’t wait for them to ask you on a date or show any interest in initiating physical contact with you first. These men can be very ambitious and more interested in their work than anything else; they tend to focus on their goals and putting themselves in a position of power over anything else.

Capricorn men are very hardworking and patient, but they also have a stubborn streak that can make them seem detached from the people around them at times. They often put work before anything else, including relationships. It’s not easy for these men to find a partner who can keep up with them and understand their need for ambition; if they don’t find someone who can do this, they will end up alone.

For these men, sex is more of a physical act rather than an expression of love or emotions. They like to feel in control during the bedroom and they value women with high sex drives. Passionate activities can drive them wild, but it’s important to keep in mind that their deepest sexual desires may be repressed as they are less open by nature.

Capricorn men are very devoted and loyal. Once they have committed to someone, they will do everything in their power to make them happy. They can be extremely possessive at times, so it’s important that you don’t give up any freedom over yourself when you’re in a relationship with them.

Capricorns often find it hard to trust people easily. They are reserved and they believe that the world is not a very nice place, so you will have to prove that you’re worthy of their affection if you want to date them. If you show them that you respect them and appreciate them for who they are, they will eventually be open up to you.

Capricorn men are attracted to confident women who can think for themselves. They value intelligence, as well as the ability to express yourself verbally and express your emotions openly. Their ideal partners are creative, self-sufficient and able to make decisions without depending on others.

However, a Capricorn man can also find a woman who is too independent and opinionated to be intimidating, as their need for dominance and control is challenged. This can make them feel insecure and ultimately turn their interest in you into a fear of commitment over time.

Signs that a Capricorn man has feelings for you

Here are the top 10 signs that a Capricorn man has feelings for you:

1. He becomes very self-conscious; he starts obsessing over every detail of his appearance and other behaviors to make sure that you find him attractive. His fears about your opinion of him can sometimes come across as clingy or needy, but it’s also an expression of insecurity that you will be able to relate to.

2. He tries to subtly touch you or sit very close to you, even when the situation doesn’t call for physical contact.

3. He becomes more talkative and tries sharing his feelings with you by talking about his accomplishments, goals and ambitions in life. This is a way for him to show that he’s capable of taking care of you financially and that he is a provider.

4. He brings up the future in conversations, even if it’s just in passing at first.

5. He tries to form a deeper bond with you by encouraging your creativity and open expression of emotions. He wants to be closer to you on an emotional level and he’s trying to show you that this is one of his goals, too.

6. He begins acting very protective towards you and he subtly tries to control the way you spend your time with others, when possible.

7. When he has a problem or he needs something from you, such as emotional support, he won’t hesitate in asking for your help.

8. He becomes more attentive to you and he tries staying in contact with you by sending texts throughout the day, even if there’s nothing special happening between the two of you.

9. When introduced to some of his interests or hobbies that you don’t share, he tries teaching them to you so that he can share them with you.

10. He starts confiding in you and he lets you in on his plans. He wants to be seen as a visionary and he wants to show that he’s capable of making great things happen.