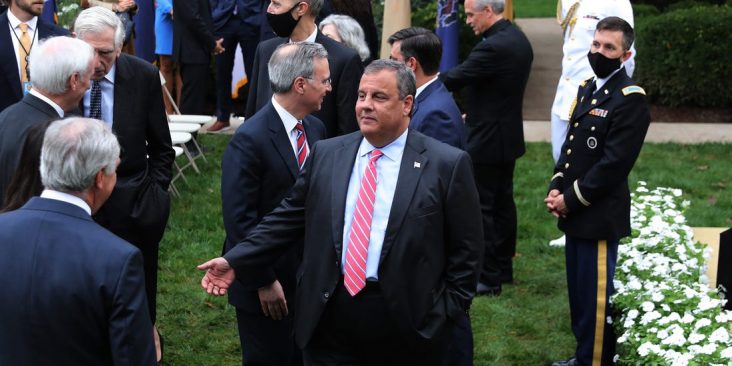 Former New Jersey Gov. Chris Christie admitted he “was wrong” not to wear a face mask when he attended what is now infamously called the White House ‘superspreader’.

Christie was one of those who attended the formal announcement of Judge Amy Coney Barrett’s nomination at the White House Rose Garden on September 26.

After being infected, Christie had to be hospitalized for about a week. He spent days at the Intensive Care Unit.

The former governor said in a New York Times report that he thought he was in a “safe zone” at the White House.

Christie said he tested positive on Oct. 3 and checked into the hospital because of his asthma and weight. He was in the ICU of Morristown Medical Center in New Jersey.

Christie advised the public to take the coronavirus seriously by wearing masks and observing proper social distancing. He also stressed that there should be a balance between shutting things down and reopening without necessary precautions.

Dr. Anthony Fauci called the White House event as a “superspreader” because it caused the spread of COVID-19 to more than a dozen people, according to the Times.

The former Governor noted, “I hope that my experience shows my fellow citizens that you should follow [Centers for Disease Control and Prevention] guidelines in public no matter where you are and wear a mask to protect yourself and others.”

Christie said he sat in the third row, and “what they told us was that everybody in the first three rows had been tested that day and tested negative.”

“I shouldn’t have relied on that,” he added, according to the Times.

Christie was released Saturday and has been cleared to have regular contact with others.

His takeaway from the experience is that the virus is “something to take very seriously,” noting the “ramifications are wildly random and potentially deadly.”

He said the reactions to the pandemic are “governed by our two dominant political and media extremes: those who believe there is nothing to this virus and those alarmists who would continue to close down our country and not trust the common sense of the American people. Both are wrong.”