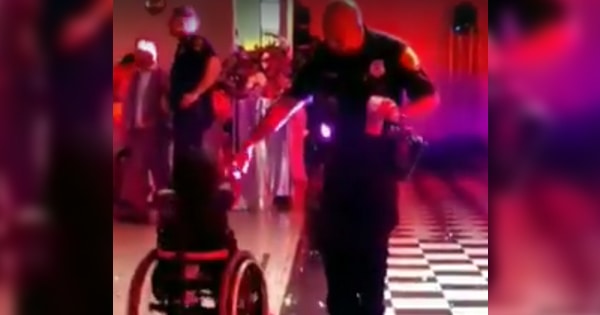 A Houston police officer was on duty at a 15-year-old’s birthday party when this little girl caught his eye.

Officer Sandy Fernandez was at a quinceañera when a 6-year-old from across the room waved at him and smiled. The officer couldn’t resist the sweet gesture and headed on over to the other side of the room to ask the little girl if she wanted to dance.

So last night I was djaying and this is why I love my job ❤️ this cop 👮 asked her to dance … she’s so beautiful! And no it’s not a beer it’s a cup of coffee#notallcopsarebad #copsarecool

“I felt like she knew me, even though I had never seen her before,” Officer Fernandez said. “We danced a couple of songs and towards the end she didn’t want to let go.”

What he didn’t know was that the DJ, Juan Mancha, was recording the beautiful scene as it unfolded in front of him. The DJ was touched by the police officer’s gesture that he posted the video on Facebook.

He captioned it with: “So last night I was djaying and this is why I love my job. This cop asked her to dance … she’s so beautiful!” 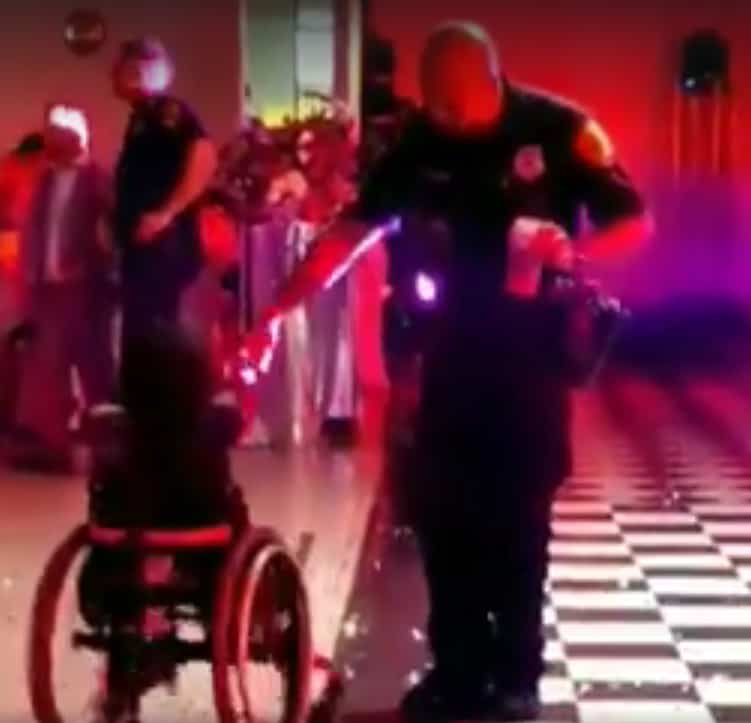 After the video was posted, it had more than 70,000 views. Many were praising the officer for going above and beyond to put a smile on the little girl’s face.

When Officer Fernandez was interviewed he said, “I had no idea I was being recorded until the end of the dance. My job is to build a relationship with the community, and that’s pretty much what I was doing.”

“She stole my heart,” he said. “She not only reminded me of my sister, who was born with brain damage and is in a wheelchair, but she also reminded me of my 9-year-old daughter. It really touched my heart to see her so happy.”