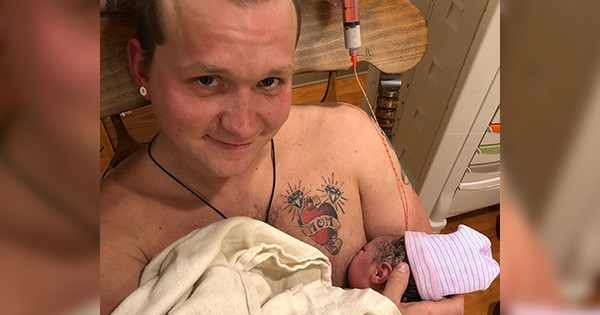 This man might have just won dad of the year!

Max Neubaeuer never expected to be the first to breastfeed his daughter, but after complications following his wife’s emergency C-section, he jumped at the opportunity. 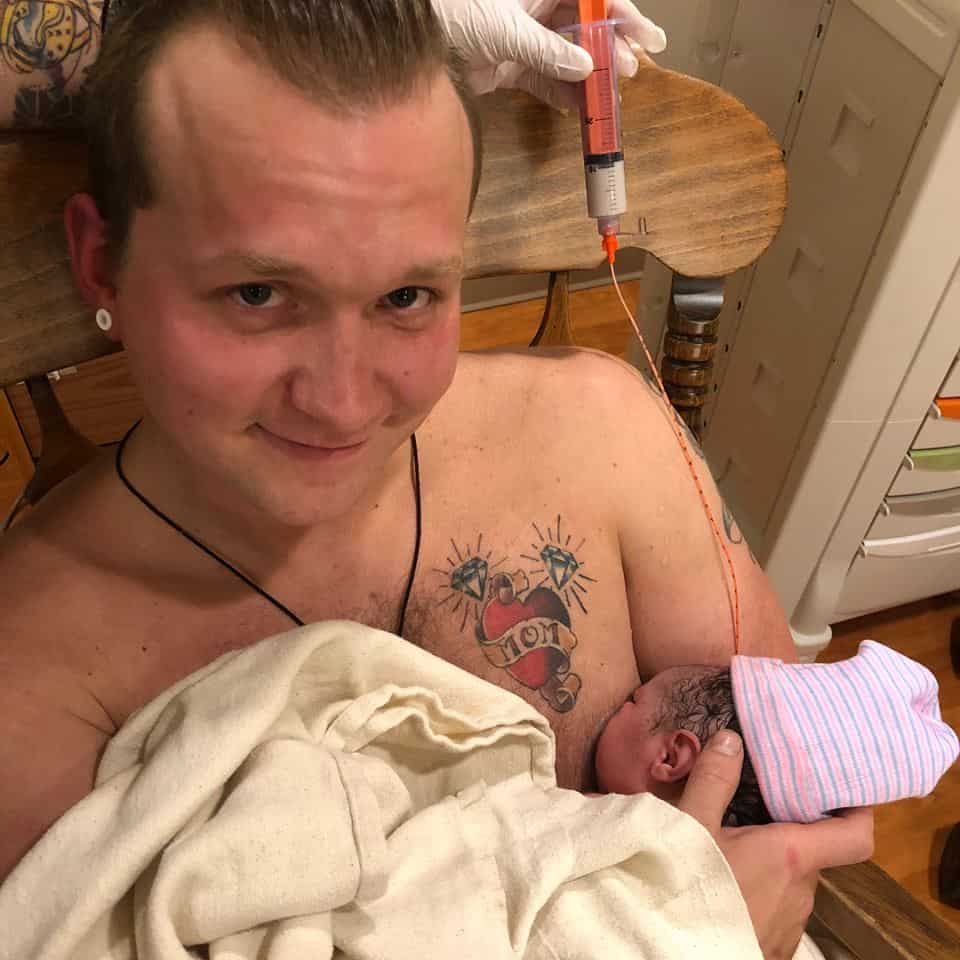 The new father said in Facebook post that a “super rad nurse made an epically rad offer” after he had found out his wife couldn’t breastfeed their daughter.

Cybil Martin-Dennehy, the nurse, developed a supplemental nursing system which includes a suction cup nipple and syringe. Cybil has mentioned that she’s done this with moms before, but Max was the first dad who had ever given it a try.

“I was like ‘This is the greatest night of my life, I can’t believe this is happening,’” Cybil said. 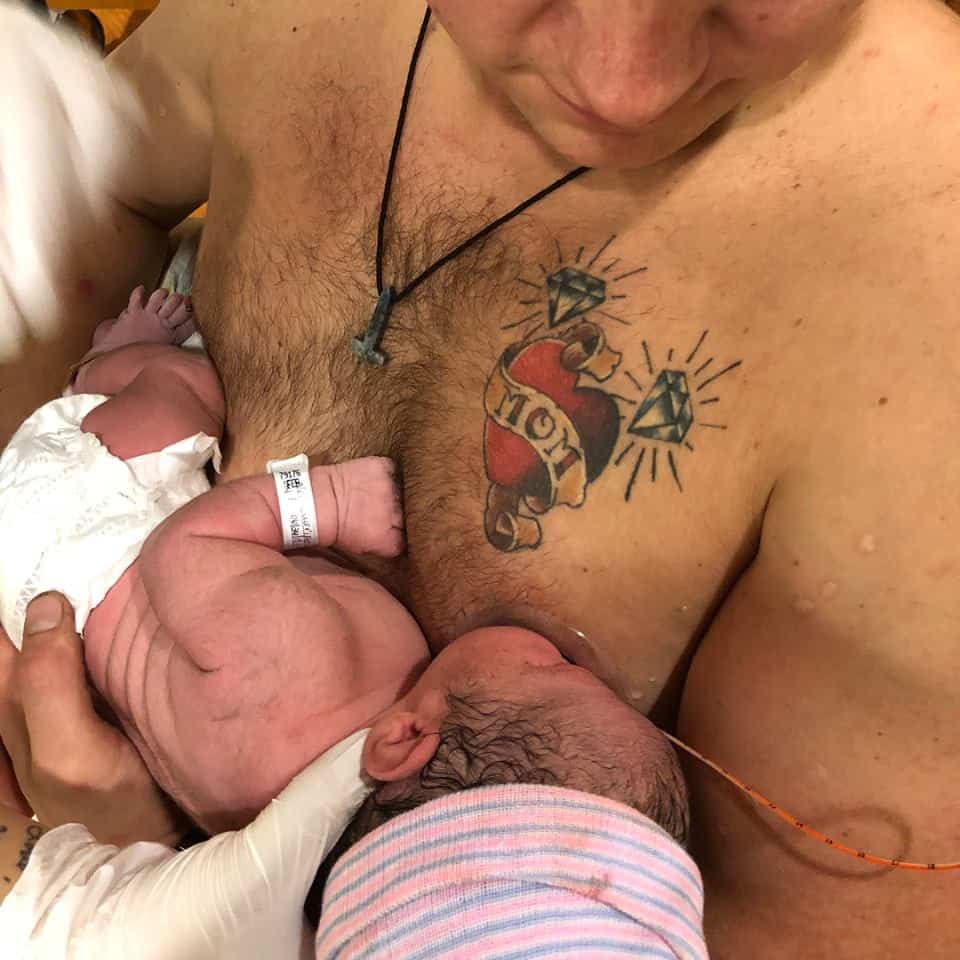 When Cybil asked Max, he said, “I said ‘I’m already shirtless’ and I’ll try just about anything once. Everybody got pretty excited and we went for it.”

Rosalia, the baby, took to the nipple shield with no problem, and Max joked that it might have been the ‘MOM’ tattoo he had on his chest that did it.

The new parents also joked that they feel bad for their daughter in high school. The couple then mentioned that they are going to proudly hang the picture over their fireplace for everyone to see. 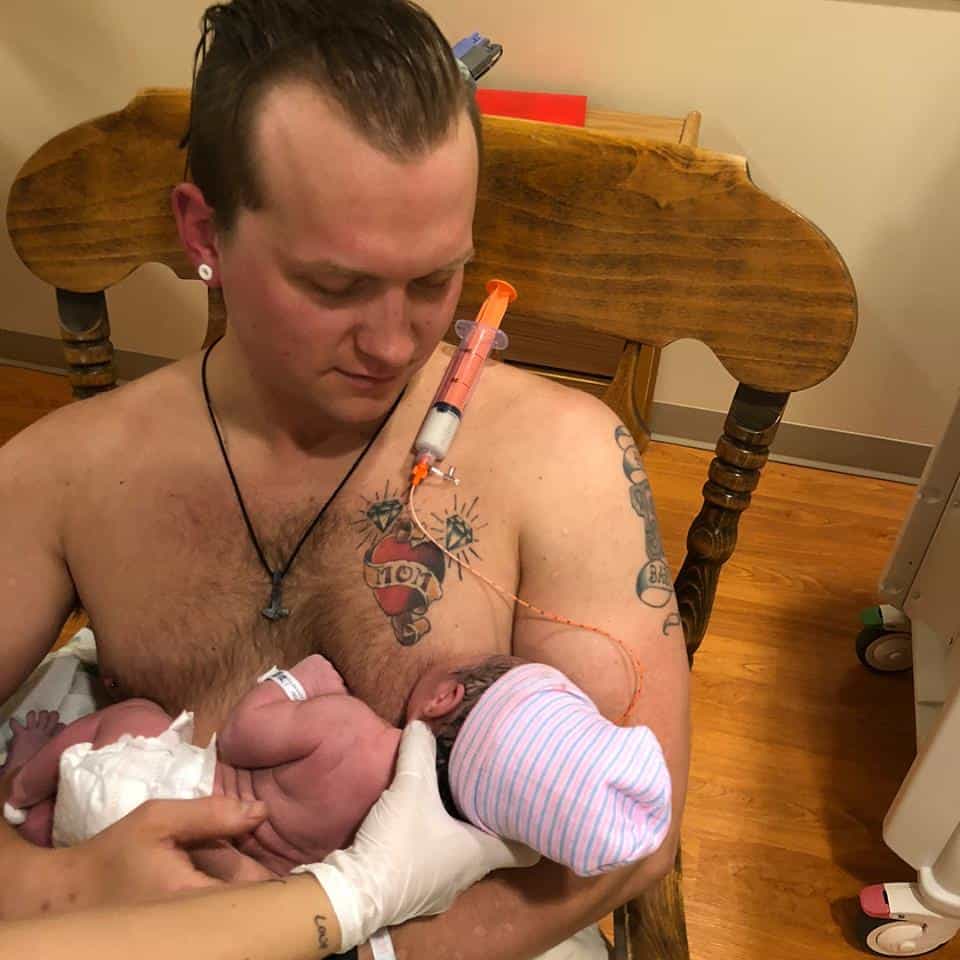