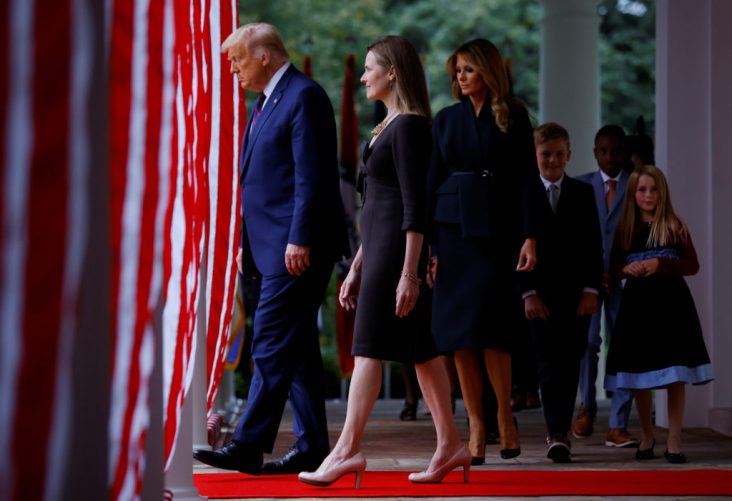 Democratic Senators are said to be planning to boycott the scheduled Senate Supreme Court confirmation hearings.

According to the Houston Chronicle, Democratic senators are “mapping out how they will wield their limited procedural weapons in the fight over President Donald Trump’s Supreme Court nominee” and are “grappling with a central question: How much legitimacy do they give his candidate?”

“With little power to actually derail Trump’s pick, Democrats are coming under considerable pressure from their activist base to use every tactic at their disposal to not just throw sand in the gears of the confirmation fight, but to portray the consideration of expected nominee Amy Coney Barrett as a farce that shouldn’t even occur,” the Chronicle wrote.

Last week, Democrats have tried every trick in the book — from attacking Republicans as “hypocrites” for nominating a new jurist to replace the late Justice Ruth Bader Ginsburg to attacking Amy Coney Barrett for her large family, adopted children, and faith community.

Senator Blumenthal said on Twitter, “If Judge Barrett’s views become law, hundreds of millions of Americans living w/pre-existing conditions would lose access to their health care. In the middle of a pandemic, rushing confirmation of an extreme jurist who will decimate health care is unconscionable. I will refuse to treat this process as legitimate & will not meet with Judge Amy Coney Barrett.”

Hirono said, “I will not be meeting with her, I will take the opportunity to question her when she is under oath.”

As of Sunday, Republicans have enough votes to pass Barrett out of committee and approve her nomination on the Senate floor without Democratic defections.

Sen. Lindsey Graham earlier announced that the Senate plans to bring Barrett’s nomination to the Senate Judiciary Committee on October 12.