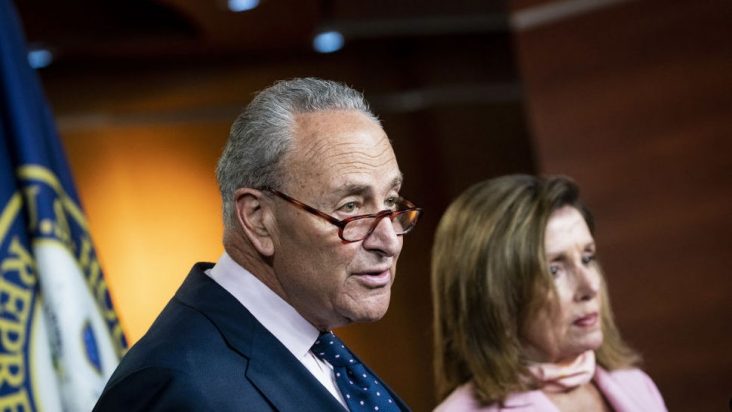 The Dems are allegedly planning to wage an “all-out war” and their plans may even include adding states to the union to ensure their permanent control of Congress, reports said.

Speaker of the House Nancy Pelosi noted Sunday that her caucus is considering pursuing impeachment, either a second round against Trump or a first one to remove Attorney General William Barr from his post.

Other Democrats like Senate Judiciary Committee member Richard Blumenthal said no response is off the table if President Donald Trump and Senate Majority Leader Mitch McConnell push through with plans to fill the Supreme Court justice seat just 50 days until the November presidential election.

“Well, we have our options,” Pelosi said. “We have arrows in our quiver that I’m not about to discuss right now.”

He posted on Twitter that, “”If Sen. McConnell and @SenateGOP were to force through a nominee during a lame duck session – before a new Senate and President can take office – then the incoming Senate should immediately move to expand the Supreme Court,”

He added, “Filling the SCOTUS vacancy during a lame duck session, after the American people have voted for new leadership, is undemocratic and a clear violation of the public trust in elected officials.”

“Congress would have to act and expanding the court would be the right place to start.”

Axios also reported that Democrats are considering two major changes to Congress itself that would assure Democrats control in the majority in both Houses.

“Adding Supreme Court justices … eliminating the Senate’s 60-vote threshold to end filibusters … and statehood for D.C. and Puerto Rico,” are all on the table, Axios says.