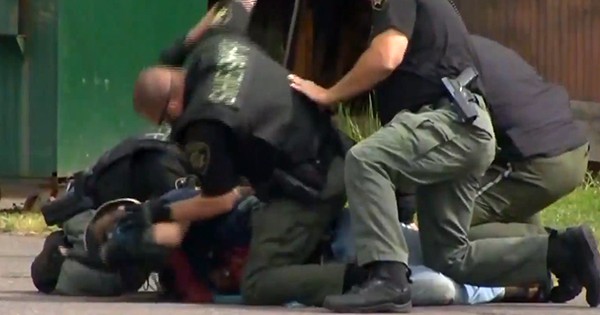 A sheriff’s department in Oregon is reviewing a video shot by local news of a deputy punching a homeless man multiple times after restraining him.

Marion County officers were on a search and rescue mission in Detroit, Oregon after a father and son went missing on Monday.

While emergency responders were trying to locate the missing people, 28-year-old Kevin Straw arrived at the scene and was reportedly causing a commotion which disrupted the operation. 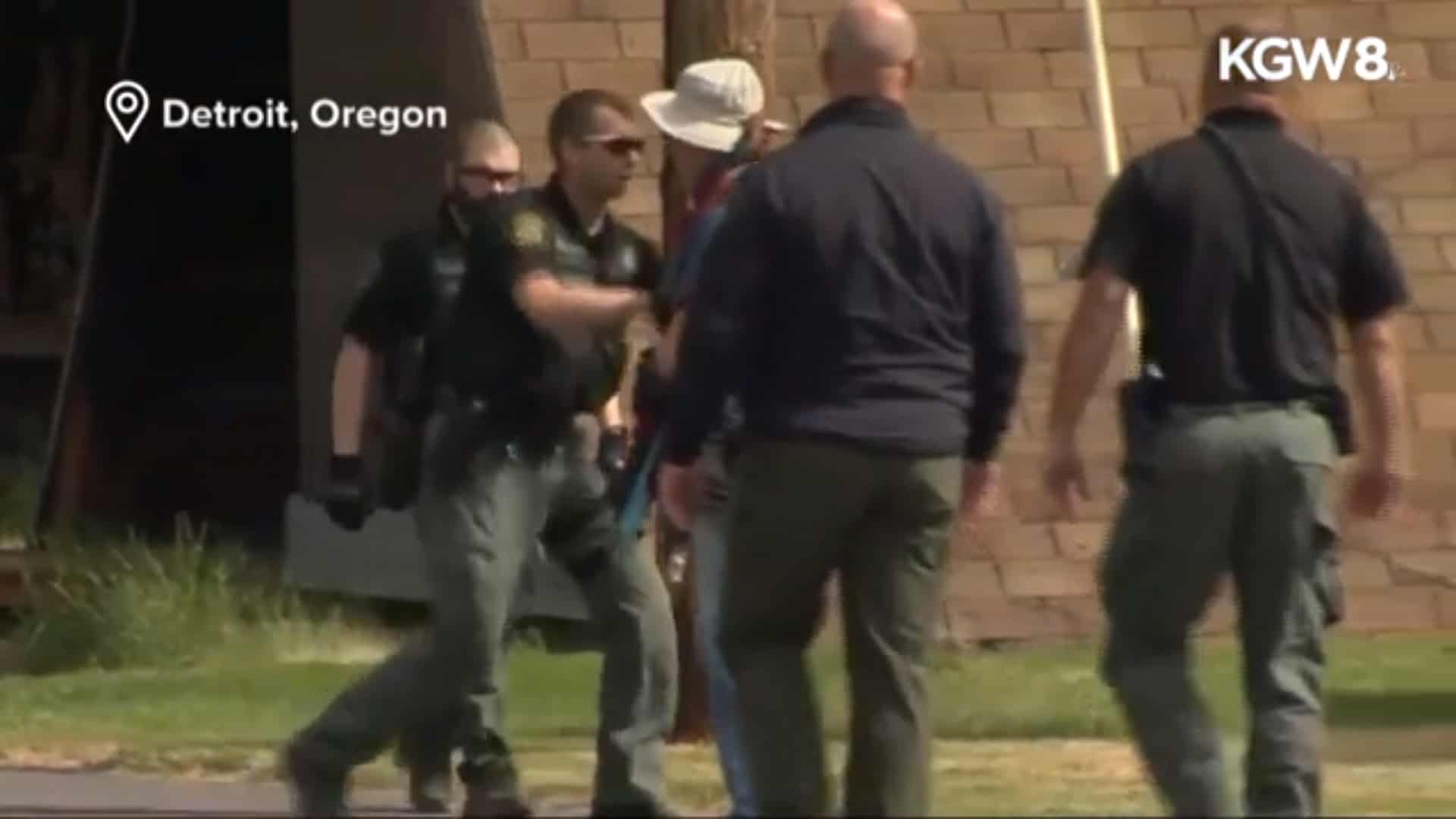 When Straw refused to leave the area after being told to multiple times, officers had no choice but to arrest the man.

As four officers tried to subdue him, he was brought to the ground and one deputy is seen punching him repeatedly on the head. 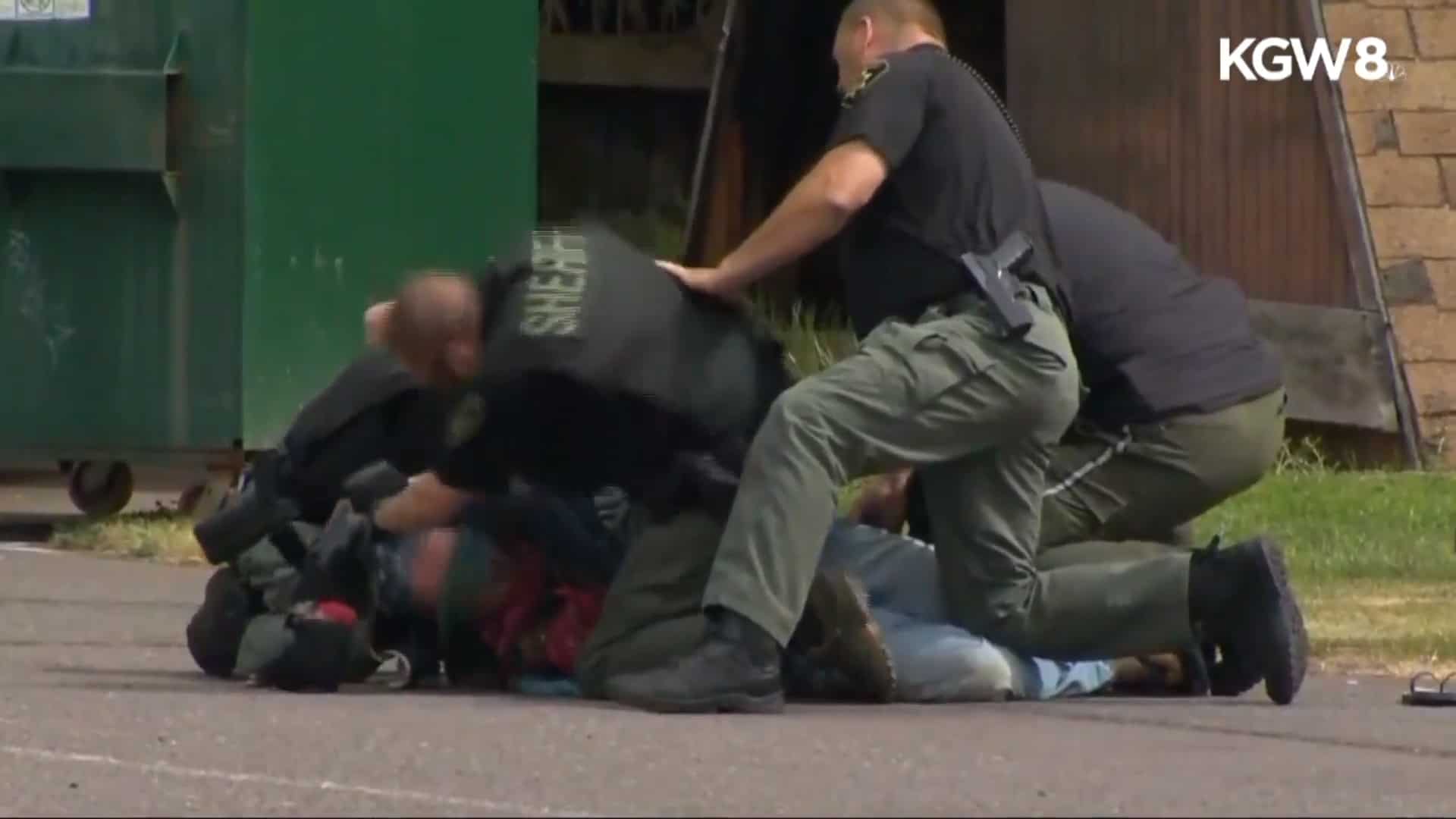 The violent arrest continues and Straw is heard saying, “I am not resisting” while trying to block his head from the deputy’s punches. Straw also said that he ‘came to warn them about a cougar who was hurting people’ in the area.

He was punched at least 14 times by the deputy. 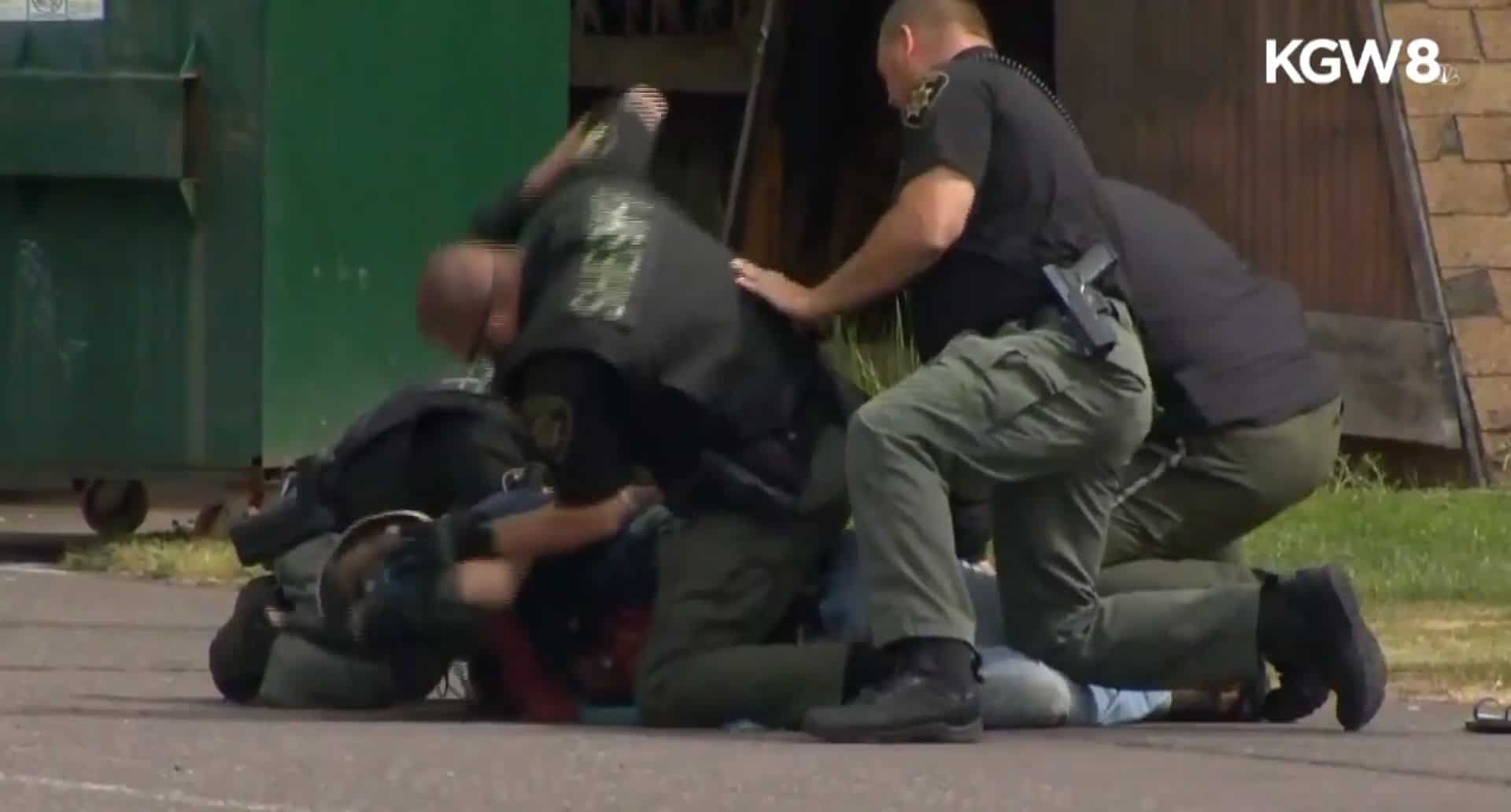 The officers in the video have not been identified by the sheriff’s office. Several other agencies, including the county district attorney’s office as well as another police department are reviewing the video footage.

After his arrest, deputies were able to seize a knife which was in the homeless man’s possession. Apparently, Straw has been in the Detroit area for several weeks and has refused to go with members of a county crisis team responsible handling people with an apparent mental illness.

Straw will receive a mental health evaluation at the Psychiatric Crisis Center and is likely to be cited for interfering with police officers and resisting arrest. The investigation on the incident continues.

The two missing men were also found safe at around 6 PM as announced by the sheriff’s office.