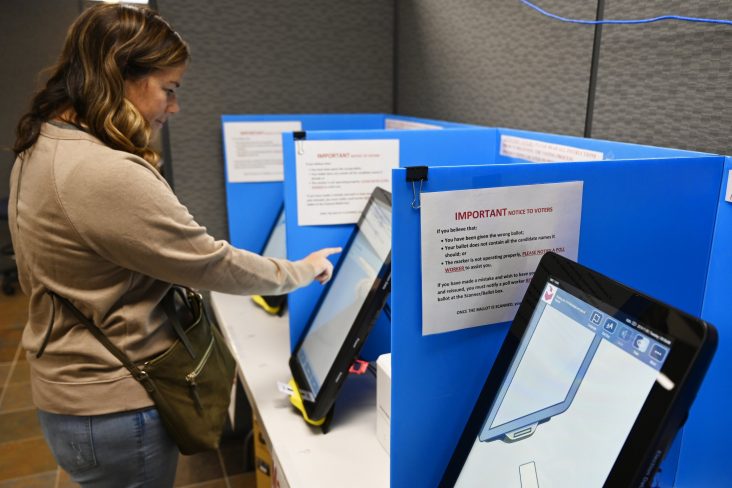 An executive for Dominion Voting Systems has sued the Trump campaign and the President’s supporters for defamation over election conspiracy theories.

Eric Coomer, director of product strategy and security, has reportedly been forced into hiding after being falsely accused by right-wing operators of using his position to help Joe Biden ‘steal’ the election.

In court papers, Coomer says he has been subject to death threats, harassment, and “untold damage to his reputation as a national expert on voting systems.”

“I have filed a lawsuit in Colorado in an effort to unwind as much of the damage as possible done to me, my family, my life, and my livelihood as a result of the numerous false public statements that I was somehow responsible for ‘rigging’ the 2020 presidential election,” he said in a statement.

Trump and his followers have falsely claimed ballot fraud in battleground states that the President lost.

However, they have failed to produce any supporting evidence and have been defeated in courtrooms across the U.S. and rebuffed unanimously by the Supreme Court.