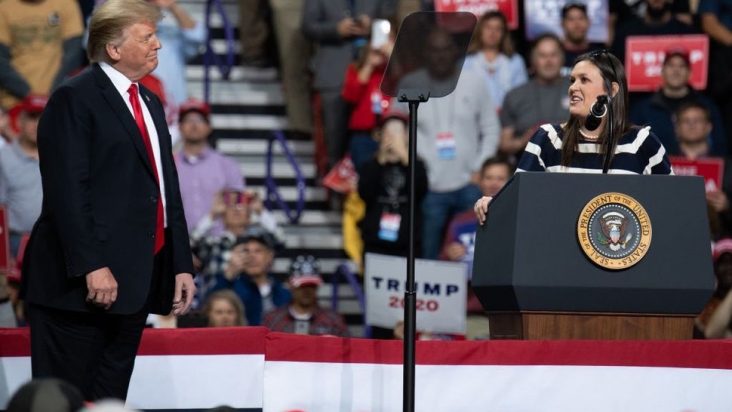 Trump endorsed Sanders in a statement released on Monday night

Former President Donald Trump has given his full support to his former press secretary  Sarah Sanders after she announced her bid to become governor of Arkansas.

“Sarah Huckabee Sanders is a warrior who will always fight for the people of Arkansas and do what is right, not what is politically correct. Sarah is strong on Borders, tough on Crime, and fully supports the Second Amendment and our great law enforcement officers,” Trump said.

He added, “She loves our Military and Veterans – and her home state of Arkansas. Sarah will be a GREAT governor and she has my Complete and Total Endorsement!”

Sanders, for her part, thanked her former boss for the show of support.

Sanders is no stranger to politics. She is the daughter of former Arkansas Gov. Mike Huckabee.