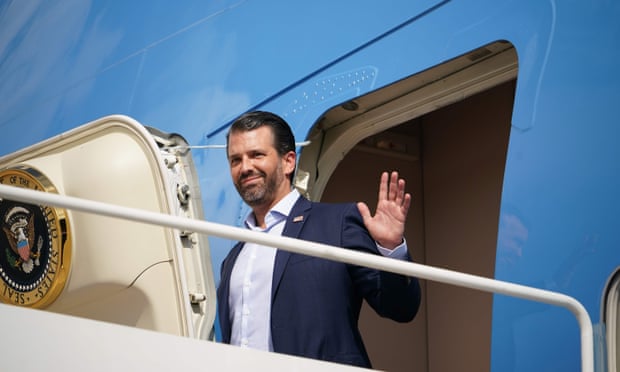 “Don tested positive at the start of the week and has been quarantining out at his cabin since the result,” the spokesman said.

“He’s been completely asymptomatic so far and is following all medically recommended COVID-19 guidelines.”

Trump Jr. becomes the latest figure close to the President to test positive for COVID-19. In addition to himself, first lady Melania Trump, his youngest son Barron, and several in his campaign and administration have tested positive in recent months.

Trump Jr. was among the 250 guests who attended the White House’s indoor election night party, where nearly everyone was seen not wearing masks.

The White House says it regularly tests those around President Trump and Vice President Mike Pence. Still, officials often take a lax approach to follow the US Centers for Disease Control and Prevention’s guidelines to wear a mask and social distance.

Trump Jr. has spread a significant amount of misinformation about COVID-19. Late last month, he told Fox News that the number of deaths from the virus is “almost nothing” at a time where more than 228,000 Americans had died from the virus.