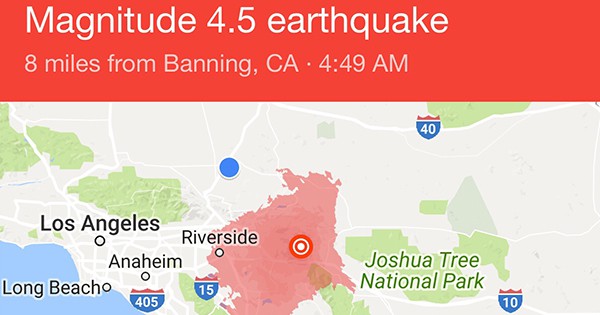 The city of Cabazon, California, experienced a succession of earthquakes—totaling to five, each only minutes apart—within the span of around 18 hours, according to a report by the US Geological Survey (USGS). 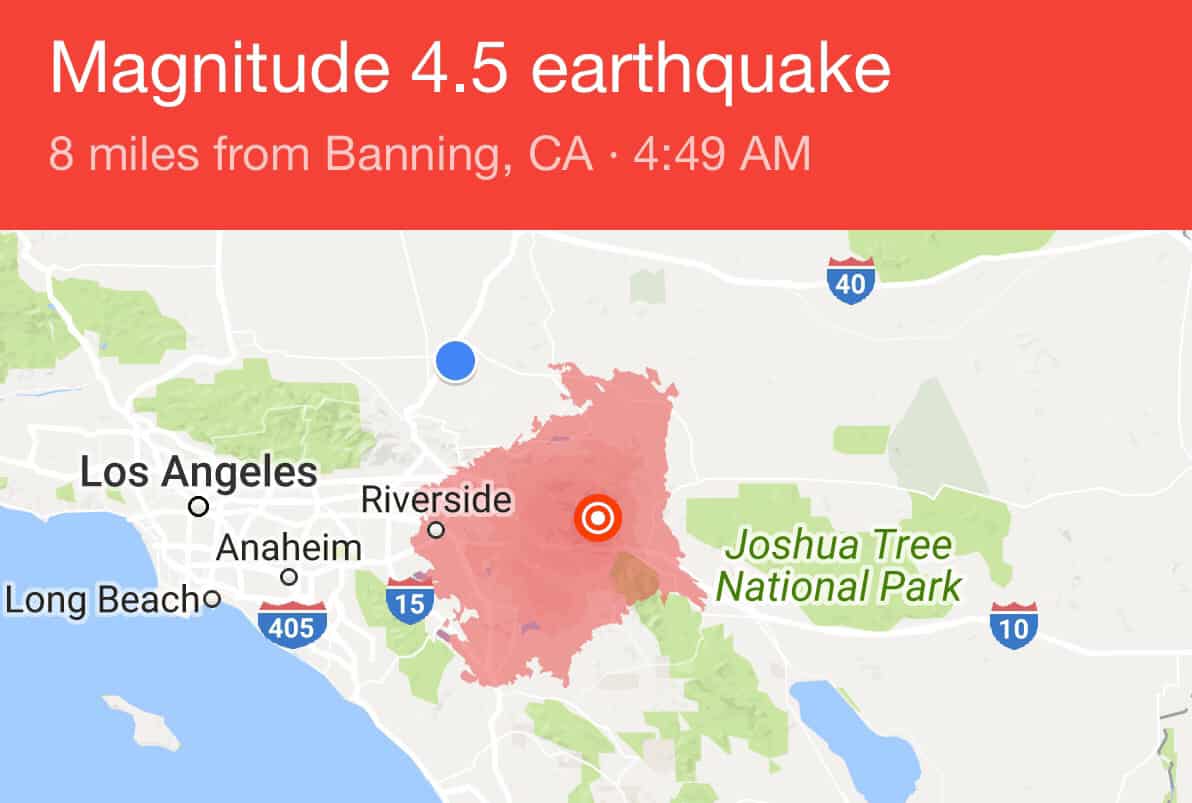 Two minutes later, a 3.2-magnitude earthquake was felt in the same area.

Around 10 a.m. a third, weaker temblor with a magnitude of 2.5 hit a couple of miles south of the epicenter of the initial two earthquakes.

Twelve hours earlier, around 5:39 p.m. on Monday, a 2.5-magnitude temblor was felt 50 miles north of the Mexico border, in Ocotillo Wells, a community in San Diego County, California. Roughly an hour prior, the Pacific Ocean was hit by a 4.5-magnitude quake, 56 miles west of the Northern California town of Ferndale.

Seismologists categorized the temblors as shallow, with all 5 having struck at a depth of 7 to 10 miles.

No damage was reported during the quakes, and no tsunami advisory was issued.