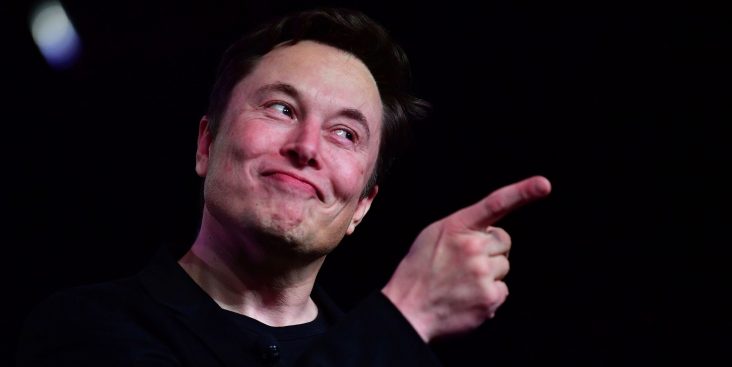 Elon Reeve Musk, born June 28, 1971, is a business magnate, industrial designer, and engineer. He is the founder, CEO, CTO, and chief designer of SpaceX; early investor, CEO, and product architect of Tesla, Inc.; founder of The Boring Company; co-founder of Neuralink; and co-founder and initial co-chairman of OpenAI. A centibillionaire, Musk is currently the richest man in the world.

What is Elon Musk’s Net Worth?

As of May 2022, Elon Musk’s net worth was estimated to be around $265 billion, making him the richest person in the world, surpassing the title held previously by Jeff Bezos. Much of Musk’s wealth is tied up in public companies where he holds large stakes, including electric car maker Tesla and rocket manufacturer SpaceX. He also owns a private real estate portfolio worth an estimated $100 million.

Musk was born to a Canadian mother and South African father and raised in Pretoria, South Africa. He briefly attended the University of Pretoria before moving to Canada aged 17 to attend Queen’s University. He transferred to the University of Pennsylvania two years later, where he received dual bachelor’s degrees in economics and physics.

During his childhood he had an interest in reading and often did so for hours at a time. Musk was 10 years old when he developed an interest in computers. He taught himself computer programming and by the age of 12 sold his first software: a space game called Blastar, for which he was paid $500.

He moved to California in 1995 to attend Stanford University but decided instead to pursue a business career, co-founding web software company Zip2 with his brother Kimbal. The start-up was acquired by Compaq for $307 million in 1999. Musk co-founded online bank X.com that same year, which merged with Confinity in 2000 to form the company PayPal and was subsequently bought by eBay in 2002 for $1.5 billion.

In 2002, Musk founded SpaceX, an aerospace manufacturer and space transport services company, of which he is CEO, CTO, and lead designer. In 2004, he joined electric vehicle manufacturer Tesla Motors, Inc. (now Tesla, Inc.) as chairman and product architect, becoming its CEO in 2008. In 2006, he helped create SolarCity, a solar energy services company and current Tesla subsidiary. In 2015, he co-founded OpenAI, a nonprofit research company that promotes friendly artificial intelligence. In 2016, he co-founded Neuralink, a neurotechnology company focused on developing brain–computer interfaces, and founded The Boring Company, a tunnel construction company. Musk has also proposed the Hyperloop, a high-speed vactrain transportation system.

Musk has been married three times. He first married Canadian author Justine Wilson in 2000 and they had six sons together, twins and triplets, before divorcing in 2008. Musk subsequently dated British actress Talulah Riley, marrying her in 2010 and divorcing in 2016. He also had a long-term relationship with American actress Amber Heard that lasted from 2016 to early 2018.

In 2020, Musk began dating Canadian musician Grimes. The couple had their first child, a son named X Æ A-12 Musk, in May 2020. In March 2022 Grimes confirmed the couple had broken up.

Musk is known for his frugal spending habits. He owns few homes and cars and has said that he intends to keep it that way. Despite his immense wealth, Musk reportedly lives a relatively modest lifestyle. In 2013, he told Forbes: “I actually only own one house, which I bought about eight years ago. I think people assume if you have money you must spend it.”

He also revealed that he had been driving the same Tesla for over three years and had no plans to buy a new one. “I’m pretty sure I’ve only bought, like, three houses in my entire life,” he said.

Musk has also said that he invests his money primarily in public Index Funds, although he has made some private investments. In 2012, he said: “I don’t really have any property other than my primary residence… I don’t believe in owning lots of things. I think it’s silly to own lots of things that you never use.”

Musk has signed The Giving Pledge, agreeing to donate the majority of his wealth to philanthropic causes. In 2013, he pledged to give away $1 billion “to help problems on Earth and in space.” He elaborated: “I’m toying with the idea of creating a private foundation focused on making life multi-planetary… which involves building a city on Mars.”

In January 2015, Musk announced that he would donate $10 million to Martin Rees’s “Global Challenges Foundation” to support work on developing that organization’s Grand Challenge Myriad, a set of ideas designed to solve some of humanity’s biggest problems.

In March 2018, Musk announced that his foundation would donate $37 million to plant trees in an area the size of Wales. The initiative, which he called “#TeamTrees”, went viral on social media, with celebrities and regular people alike pledging money to the cause. By January 2019, they had raised over $20 million.

In May 2020, Musk announced that his foundation would donate $100 million towards a prize for “the best carbon capture technology.” The prize is intended to incentivize development of technology to capture carbon dioxide and store it permanently, in an effort to reduce greenhouse gas emissions.

In May 2020, Musk was criticized for his comments on the coronavirus pandemic, which some interpreted as downplaying the seriousness of the disease. He later apologized, saying that he had “misspoken” and that his comments were “not intended to dismissive of the severity of the pandemic.”

In July 2020, Musk was sued by the Securities and Exchange Commission for allegedly making false and misleading statements about Tesla’s plans to manufacture cars in China. The SEC alleged that Musk had not secured the necessary funding to make good on his promises, and sought to bar him from serving as an officer or director of a public company. Musk settled the lawsuit, agreeing to pay a $20 million fine and step down as Tesla’s chairman for three years.

In September 2020, Musk was criticized for tweeting that “Tesla stock price is too high imo,” causing the stock to drop by over 10%. He later said that he had only meant to indicate that the stock was overvalued by the financial media, and not that it was actually overvalued.

In October 2020, Musk was criticized for tweeting that children should not be forced to go to school if they don’t want to. His comments came amid the coronavirus pandemic, when many schools were closed or operating remotely.

In November 2020, Musk was criticized for holding a large party at his home in California, amid the coronavirus pandemic. He later apologized, saying that he “was not aware” that the party was happening.

In February 2021, Elon Musk caused a stir in the cryptocurrency world when he announced that Tesla would accept Bitcoin as payment for its cars. The move caused the price of Bitcoin to spike, and also led to criticism from some who said that it was irresponsible to accept a currency with such high environmental costs.

Musk later announced that Tesla would no longer accept Bitcoin, citing environmental concerns. He said that the company would continue to accept Bitcoin “if and when mining transitions to more sustainable energy.”

In May 2021, Musk announced that Tesla had invested $1.5 billion in Bitcoin, causing the price of the currency to surge. He also said that Tesla would start accepting Bitcoin as payment again, saying that the move was “the right thing to do.”

Critics have accused Musk of pumping and dumping Bitcoin, as he has been known to do with other investments. However, Musk has denied these accusations, saying that he is “not an active trader” and that he only buys and sells “occasionally.”

Musk also has a fascination with Dogecoin, a cryptocurrency inititally created as a joke. He has repeatedly tweeted about the currency, and even caused its price to spike in January 2021 when he said that it was “his favorite coin.”

Is Elon Musk still the richest man in the world?

This is a question that will be asked by many as his biggest holding, Tesla Inc, continue to experience volatility. Since Musk’s net worth is so heavily tied to Tesla, his net worth will continue to fluctuate based on the stock price. As of May 2022, Musk is still the richest person in the world, with a net worth of $265 billion, but this could change dramatically if Tesla fails to maintain the high stock price it has seen in recent years.