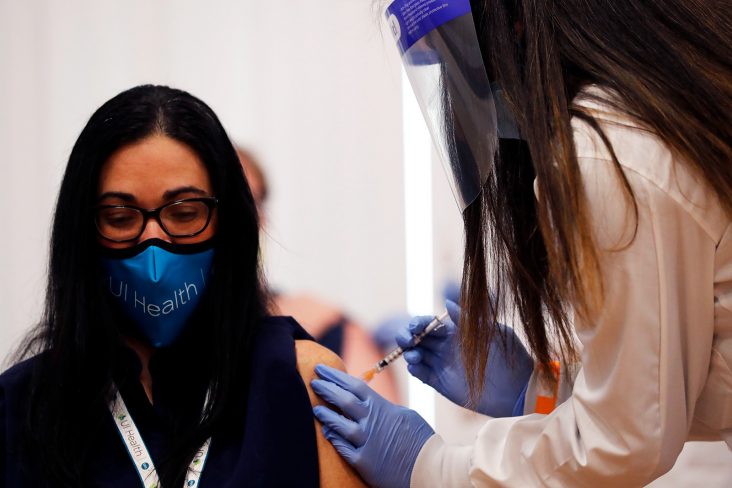 A former senior Health and Human Services (HHS) adviser advocated to let young and middle-aged Americans get infected with COVID-19 to develop “herd immunity,” according to leaked official emails by the House committee overseeing the federal government’s coronavirus response.

Without a vaccine, achieving herd immunity where outbreaks are prevented because enough people in a community are ‘immune’ to a disease would result in widespread fatalities and overwhelm healthcare facilities.

Paul Alexander was the former adviser to Michael Caputo, the HHS assistant public affairs secretary.  The HHS has since distanced itself from Alexander and his announcements, Forbes reported.

“My view, we open up fully as described below, protect the vulnerable, make sensible decisions, and allow the nation to develop antibodies,”

Alexander wrote in an email to multiple HHS spokespeople.

“Infants, kids, teens, young people, young adults, middle-aged with no conditions etc. have zero to little risk …. so we use them to develop herd … we want them infected…. and recovered…with antibodies,” he added.

Alexander, Caputo, and other officials sent an email on July 24 to the FDA commissioner Stephen Hahn, and another on July 27 to CDC director Robert Redfield, also advocating the herd immunity strategy.

Achieving successful herd immunity through mass infection of non-vulnerable individuals while ‘protecting’ the vulnerable isn’t possible without offering protections that the U.S. has never attempted.

HHS Secretary Alex Azar and other Trump officials have continually insisted that they never considered the herd immunity strategy, though Trump suggested that the virus would disappear when people develop “a herd mentality”  in September.