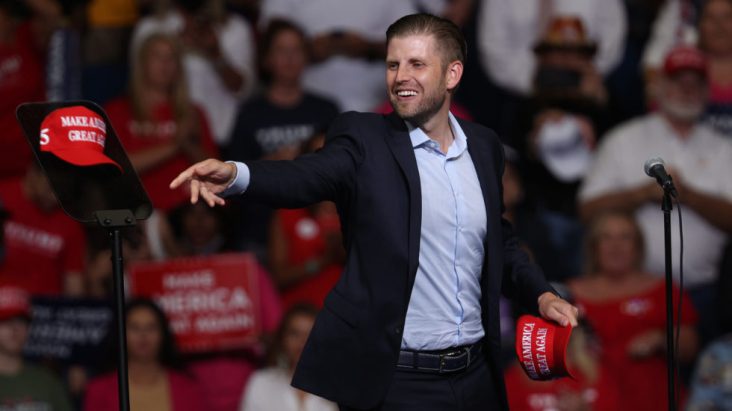 While campaigning in Nevada, Eric Trump firmly said his father, President Donald Trump, will concede to Joe Biden if he loses by a significant margin.

The Las Vegas Review-Journal quoted the younger Trump saying, “I think my father’s just saying listen, if he got blown out of the water, of course he’d concede. If he thought there was massive fraud, then he’d go and try to address that.”

The president had earlier asserted that he will not honor a peaceful transition of power. He has also suggested that he needs to fill the Supreme Court vacancy prior to the election making it easier to contest mail-in ballots.

At a press conference at the White House on Wednesday, Trump was asked if he will leave peacefully if he loses the election.  The president responded, “Well, we’re going to have to see what happens. You know that.”

“Get rid of the ballots,” Trump adds, “and you’ll have a very peaceful—there won’t be a transfer, frankly. There’ll be a continuation.”