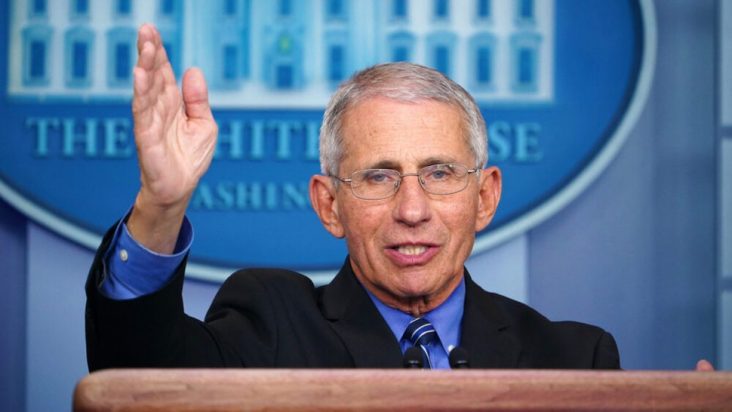 Dr. Anthony Fauci is predictin that the new and more contagious COVID-19 strain first seen in the U.K. will also spread across the U.S.

The country’s leading infectious disease expert was quick to add however, that “it does not appear to be more virulent.”

Fauci said on NBC News’ Today, “We predicted it would be, when you have so much of it in the U.K., which then spread to other countries in Europe and Canada, it was inevitable that it would be here. You’ll be hearing reports from other states and more cases in the state that is already reported. Unfortunately, that’s just the reality of the way these viruses spread.”

The first case of the new strain was detected on Tuesday in a Colorado resident who had not traveled abroad.

Colorado Gov. Jared Polis wrote on Twitter, “Today we discovered Colorado’s first case of the COVID-19 variant B.1.1.7, the same variant discovered in the UK. The health and safety of Coloradans is our top priority and we will monitor this case, as well as all COVID-19 indicators, very closely.”

On Wednesday, California, Democratic Gov. Gavin Newsom said. “Just an hour or so ago we were informed that this new variant, this new strain that we have identified obviously from the U.K. and some other parts of the globe, identified in Colorado yesterday has been identified here in the state of California, in southern California.”

Fauci explained that the virus is indeed more contagious. “Our British colleagues have shown, clearly, that it is much more efficient in spreading from person to person. The good news is that it does not appear to be more virulent, namely, making people more sick and leading to more death.”

Fauci noted that the new strain “does not seem to evade the protection that’s afforded by vaccines that are currently being used.”

Dr. Nelson Michael, director of the Center for Infectious Diseases Research at the institute said there is no indication that the vaccines will be ineffective against this new strain.

“It stands to reason that this mutation isn’t a threat, but you never know. We still have to be diligent and continue to look,” CNN quoted Michael.

At the same time, scientists at the Walter Reed Army Institute of Research have began studying the genetic sequences of the new strain after it was posted online by British researchers last week.

The “analysis will allow us to gauge how much concern we should have. Other teams around the world are doing this analysis, too,” Michael added.