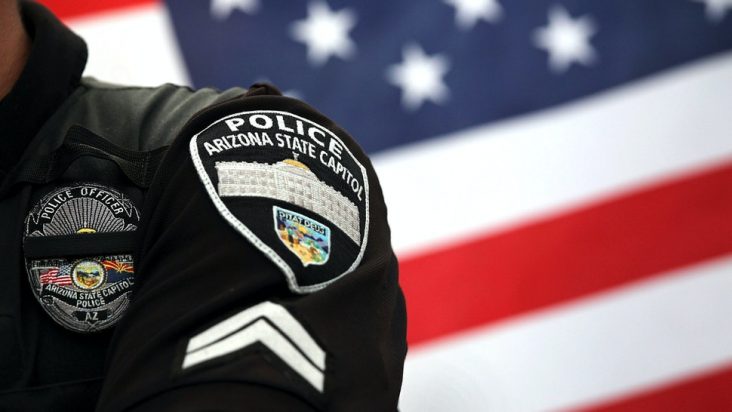 The victim is a full deputized US Marshall working at the Federal Courthouse.

The FBI said Tuesday they have custody of a suspect involved in a drive-by shooting that injured a federal officer outside the Phoenix Courthouse earlier.

In a statement, the bureau sad, “The FBI is investigating an assault on a federal officer which occurred outside of the Federal Courthouse, 401 W. Washington, Phoenix, AZ around 11:30 a.m. One person, a court security officer, has been transported to the hospital with non-life threatening injuries.”

The FBI added,“An individual is in custody in connection with the assault on a federal officer … This is an ongoing investigation. No further information can be released at this time.”

ABC 15 reports that the suspect’s vehicle was seen leaving the area after opening fire on the officer.

Phoenix City Council Sal DiCiccio posted on Twitter: “If you didn’t think it could happen here, it just did. A federal officer was just shot in front of the Sandra Day O’Connor federal building in a drive by attack.”

“Multiple shots were fired at the officer who was struck in the vest. Injuries are believed to be non life threatening. Make no mistake, this is a direct result of the extremist anti-police attacks we have seen from BLM and Antifa across the country. This insanity needs to stop,” DiCiccio said.

He continued, “The victim is a full deputized US Marshall working at the Federal Courthouse. He was transported to a local hospital, non life threatening injuries. He was able to return fire at the suspects vehicle. Officers are continuing to look for the suspect in the area. For the safety of our officers & the public, PHX PD will now be moving to two-person patrols. I’ve encouraged this for many years, while also pushing to hire more officers. Without hiring more officers, this will significantly reduce the number of patrols on the streets.”