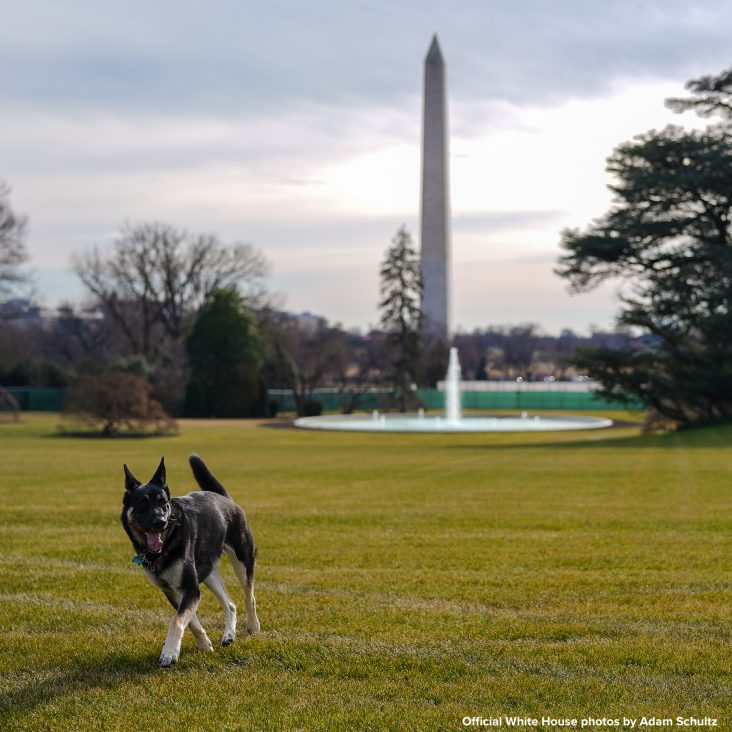 Photos provided by the White House show the German Shepherds looking comfy in their new home. In another snapshot, Jill Biden is seen giving some TLC to one of the family’s dogs.

Major is making history as the first shelter rescue dog to reside in the White House. The President and first lady adopted him from the Delaware Humane Association in 2018.

The Bidens’ two dogs have amassed a loyal fan following the four-year absence of a furry first family member at the White House as Donald Trump was the first President in a century not to own a dog.

While the Bidens moved into the executive mansion last week, officials revealed that they wanted to settle in before having the dogs move from Delaware to the White House.

Champ is said to be enjoying his new dog bed by the fireplace, while Major loves running around on the South Lawn.