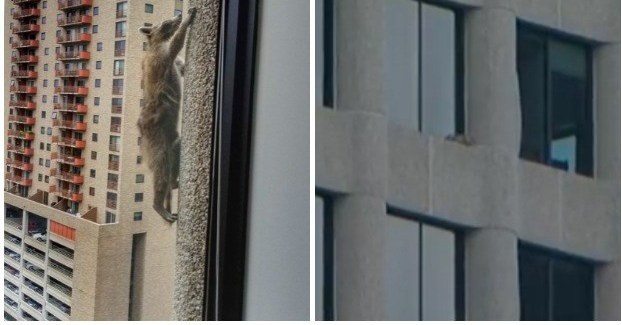 A raccoon is scaling a skyscraper in St. Paul, Minnesota.

The feisty animal is on a 24-story UBS Tower with windows that don’t open.

My picture from the 13th floor around noon. Hope he makes it down OK! #mprraccoon pic.twitter.com/gfVWysn9iO

And the little daredevil is keeping everyone on the edge of their seats.

To show their support and root for the raccoon, some people have taken to social media, while others showed up in person.

By Tuesday afternoon, the raccoon had scaled more than 20 stories.

This poor raccoon apparently got itself stranded on a ledge of the Town Square office building in downtown St. Paul, likely on an errant mission to raid pigeon nests on the skyway over 7th Street. It's been there for two days now, without food or water. @mprnews pic.twitter.com/fVI5pmdCWq

A Public Radio Reporter from Minnesota said that the mammal has been on its journey for two days without food or water. However, St. Paul Animal Control did not confirm that.

The writer and director of Guardians Of The Galaxy shared that he would donate $1,000 to charity for the rescue of the raccoon.

I'll donate a thousand bucks to the non political charity of choice to anyone who saves this raccoon. I can't handle this. Poor dude. https://t.co/2F5reAKkKa

St. Paul Animal Control has set up a trap on the roof with food, should the raccoon safely make it there.

Can confirm #MPRraccoon is still itchy. Got a little visit from @StPaulFireDept too! Cat food awaits it on the roof. pic.twitter.com/WeOTWmbaqz

A spokesperson for the St. Paul Animal Control Department, Laura Brickley, shared that her department decided that ‘sending people to rescue the raccoon could have unintended consequences — the animal might get frightened if it were cornered so high up — that could lead to a fall.’

“The best option is leaving it alone and hoping it will make it to the top in the evening,” she said. “It’s already shown it’s adept at climbing.”

Brickley said she’s never seen anything like this raccoon’s climb, and she hopes she never sees it again. 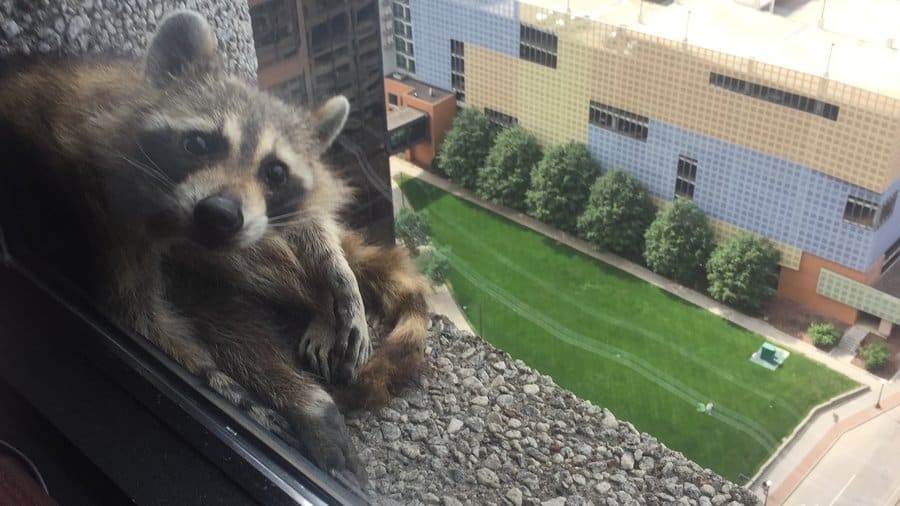 At the moment, the raccoon is still on the ledge of the 22nd floor.

RACCOON WATCH: We're getting a live look at the raccoon that scaled a St. Paul skyscraper.It looks like it's currently resting on a ledge. It's currently 22 stories up and just a few stories away from the top of the building.

So until this little fur ball gets to safety, this will be us:

Mood: I am stressed about a lot of unknowns, and I am crying about a raccoon trapped on the ledge of a building in Minneapolis.

WILL IT BE OKAY?! #mprraccoon