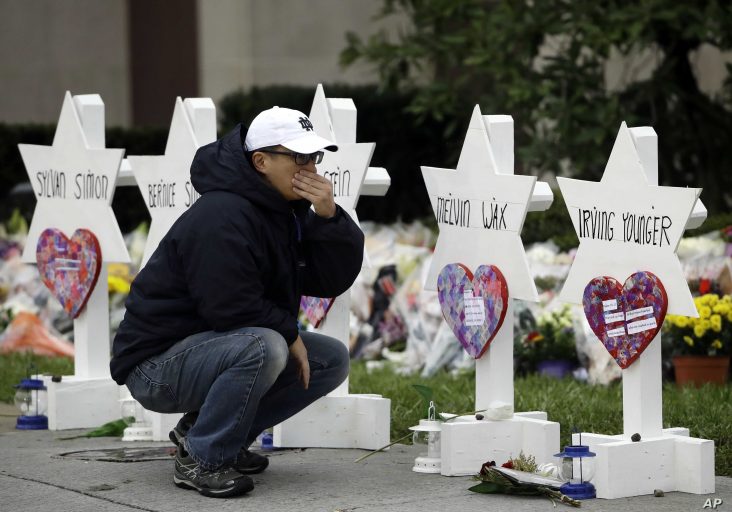 A person pauses in front of Stars of David with the names of those killed in a deadly shooting at the Tree of Life Synagogue, in Pittsburgh, Monday, Oct. 29, 2018. (AP Photo/Matt Rourke)

Hate crimes in the United States rose to the highest level in over a decade as federal officials recorded the highest number of hate-motivated killings, reports revealed.

The data also shows a nearly 7% increase in religion-based hate crimes, with 953 reports of crimes targeting Jews last year, up from 835 the year before.

Meanwhile, the FBI said the number of hate crimes against African Americans dropped slightly to 1,930, from 1,943.

The total number of hate crimes based on a person’s sexual orientation stayed relatively stable, with one fewer crime reported last year than the year before, though there were 20 more hate crimes against gay men reported.

“The total severity of the impact and damage caused by hate crimes cannot be fully measured without complete participation in the FBI’s data collection process,” said ADL CEO Jonathan Greenblatt in a statement.

Congress and law enforcement agencies should improve their data collection and reporting, he added.