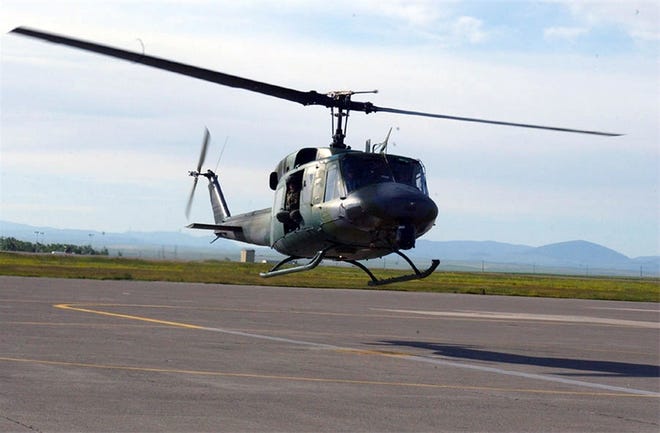 An Air Force UH-1N Huey helicopter was conducting a routine training mission when it was struck by a bullet a little before 1 p.m. Monday.

An investigation has been launched following the shooting of an Air Force helicopter assigned to President Donald Trump’s support detail as it was flying over Virginia.

The Federal Bureau of Investigation (FBI) said the helicopter was shot at from the ground on Monday. As a result, the chopper had to make an emergency landing at an airport in Virginia.

A member of the crew was injured but had been immediately treated at a hospital.

The  UH-1N Huey helicopter belongs to the 1st Helicopter Squadron stationed at Joint Base Andrews.

The helicopter was about 10 miles northwest of the airport, near Middleburg, and was flying about 1,000 feet above the ground when it was hit. It was on a routine training flight.

The FBI’s Washington Field Office said in a statement that it “dispatched Special Agents and its Evidence Response Team to the Manassas Airport after receiving reports that a helicopter was shot at from the ground nearby.”

Manassas Regional Airport Operations officer Richard Allabaugh said they received a call at about 12:20 p.m. alerting them that “a military helicopter was inbound and that paramedics were on the way.”