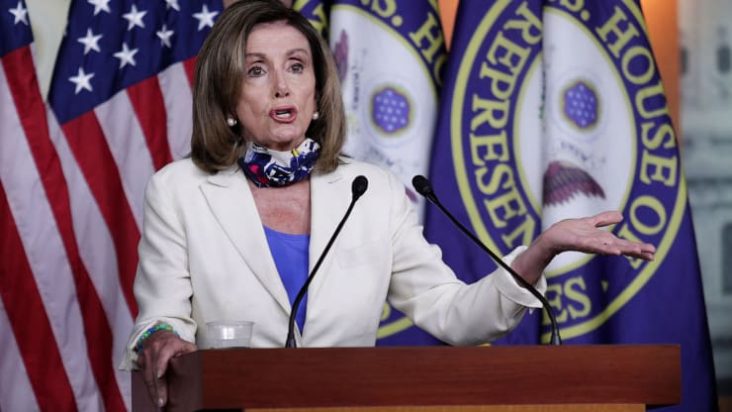 House Speaker Nancy Pelosi announced Wednesday evening that she will require everyone to wear face masks on the floor of the House.

The speaker’s announcement comes after Texas Representative Louis Gohmert tested positive for COVID-19. Gohmert is rarely seen wearing a face mask in the halls of Congress.

“The speaker has the authority to direct the sergeant-at-arms to remove a member from the floor as a matter of decorum. Not wearing a mask will be considered a ‘serious breach of decorum.’”

“Members and staff will be required to wear masks at all times in the hall of the House except that members may remove their masks temporarily when recognized,” Pelosi said.

The speaker added, “The chair expects all members and staff to adhere to the requirement as a sign of respect for the health, safety, and well-being of others present in the chamber.”

Pelosi stressed that the mask requirement is “a sign of respect for the health, safety and well-being of others present in the chamber and surrounding areas.”

Observers noted that even as President Trump and members of his administration were seen wearing masks in recent weeks, some House Republicans have continued to resist.

After having found out that he tested positive, Rep. Gohmert commented that wearing a mask may have contributed to his infection.

The Texas Republican did not wear a mask while outside a House Judiciary Committee hearing room on Tuesday. He also initially did not have a mask on while inside the hearing room where Attorney General William Barr was present.