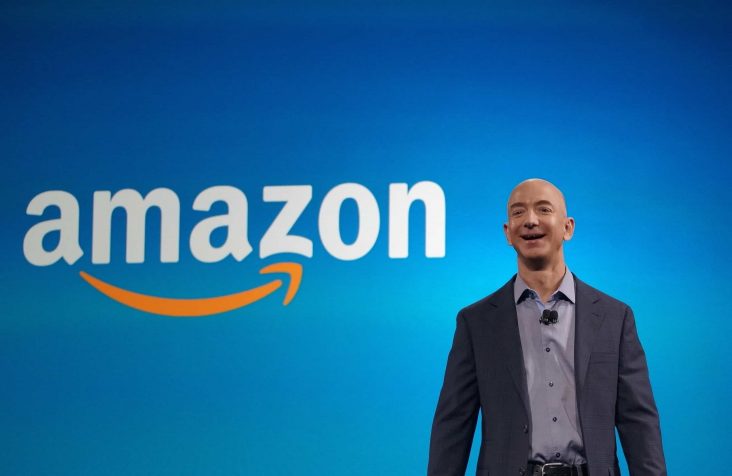 What is Jeff Bezos’ Net Worth?

Jeff Bezos is the founder and CEO of Amazon, the world’s largest online retailer. Bezos has a net worth of $170 billion, making him the second richest person in the world. His wealth comes primarily from his stake in Amazon, which he founded in 1994, as well as his ownership of his other assets including The Washington Post, Blue Origin, and Bezos Expeditions.

Bezos was born in Albuquerque, New Mexico, and raised in Houston, Texas. He graduated from Princeton University in 1986 with a degree in electrical engineering and computer science.

Bezos first worked at Fitel, a fintech telecommunications start-up, where he was tasked with building a network for international trade. He then worked on Wall Street in various jobs, including as a hedge fund manager. In 1994, he quit his job and moved to Seattle to start Amazon.com, an online bookstore.

Amazon.com quickly became a success. After initially selling only books, Amazon began selling a wide range of products, including music, movies, and electronics. The company also developed its own line of products, such as the Kindle e-reader. It is now the world’s largest online retailer, with annual sales that increase year over year. The company also offers a wide range of other services, including cloud computing, streaming video, and artificial intelligence.

In 2000, Bezos founded Blue Origin, a aerospace manufacturer and sub-orbital spaceflight services company. The company is developing technologies to enable private human access to space with the goal of reducing the cost of space exploration.

In 2013, Bezos purchased The Washington Post for $250 million. Under his ownership, the newspaper has won numerous awards, including six Pulitzer Prizes.

Bezos Expeditions is the venture capital arm of Bezos’s holding company, Bezos Expeditions. The firm has invested in a number of companies, including Google, Airbnb, Twitter, and Uber. He was one of the first shareholders in Google, when he invested $250,000 in 1998. That $250,000 investment resulted in 3.3 million shares of Google stock, worth about $7.7 billion in 2022.

Bezos was married to MacKenzie Scott, an author and philanthropist. They have four children. In 2019, Bezos announced that he was divorcing MacKenzie after 25 years of marriage.

Bezos has made several large donations to charitable causes. In September 2018, he pledged $2 billion to help fight homelessness and establish preschools in low-income communities. In January 2020, he donated $10 million to WIN, an organization that provides assistance to immigrants.

Bezos has also given money to support same-sex marriage and research into artificial intelligence.

Bezos has been criticized for a number of reasons, including his business practices, his ownership of The Washington Post, and his personal life. In 2018, it was reported that Amazon employees were working in unsafe conditions and that the company was not doing enough to protect them from injury. This led to a Congressional investigation into Amazon’s workplace safety record.

In 2013, it was revealed that The Washington Post had been purchased by Jeff Bezos. This led to accusations that he was using the newspaper to further his own political agenda.

Bezos has also been criticized for his personal life. In 2019, it was announced that he and his wife were divorcing after 25 years of marriage. It was later revealed that he was having an affair with Lauren Sánchez, an entertainment reporter and news anchor.

Despite these controversies, Bezos remains one of the world’s most respected business leaders. He is known for his innovation, his vision, and his dedication to customer satisfaction.