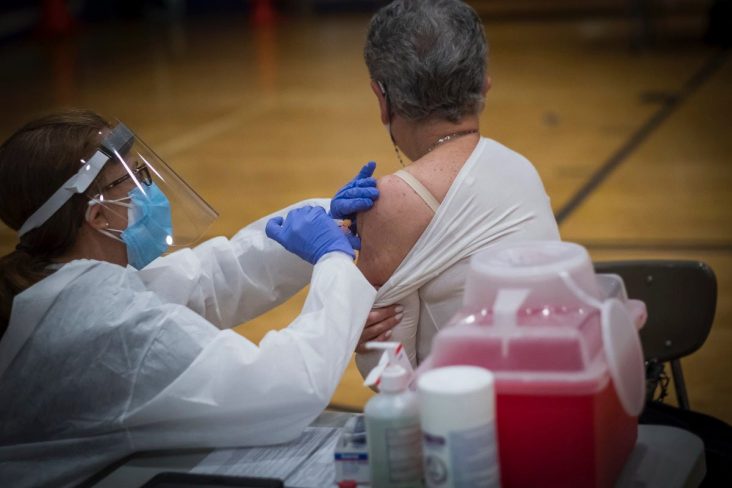 With the recent approval of its COVID-19  vaccine, Johnson & Johnson is giving state and local health departments, pharmacies and other greater flexibility in how the shots can be delivered .

According to NBC News, government agencies and health care providers have announced plans to experiment with different ways of administering doses. The reason for this is simple:   Johnson & Johnson vaccines don’t require ultra-cold storage or two shots.

New York City Mayor Bill de Blasio said in a briefing explaining the city’s allocation will be sent to mobile clinics targeting homebound seniors “This is one of the very best uses for the Johnson & Johnson vaccine.”

In New York City and Syracuse, New York, vaccination appointments are now available in the dead of night.

At the same time, Idaho, Maryland, Massachusetts, Minnesota and Washington said they were planning similar programs but had not yet started them as doses were just arriving.

Pennsylvania, for its part, has decided to set aside the Johnson & Johnson doses for educators. The city is pushing to reopen schools fully and quickly.

Chicago, on the other hand, sait t will use Johnson & Johnson doses to launch a vaccination site at O’Hare International Airport. They will be targeting airport and airline employees and other transportation workers.

“It wasn’t until the J&J came online that we were able to give it the green light,” explained Matt McGrath, a spokesperson for the Chicago Department of Aviation. He said the program at O’Hare will aim to vaccinate 5,000 workers a week, from pilots to taxi drivers who service air travelers.

The Johnson & Johnson vaccine is easier to distribute than the two vaccines that came before it  because of the less demanding storage requirements. It can be kept in regular refrigerators, and it requires only a single dose.