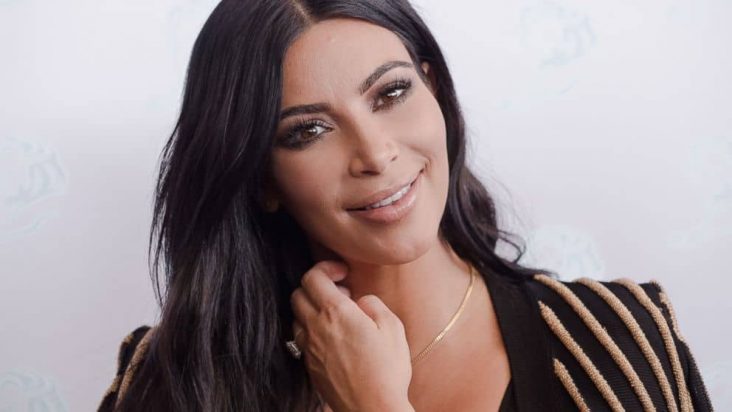 What is Kim Kardashian’s Net Worth?

It’s no secret that Kim Kardashian is a savvy businesswoman. With an estimated net worth of $1.8 billion, she has become one of the richest celebrities in the world. She amassed her wealth through a combination of smart investments, savvy brand partnerships, and shrewd business deals, which all helped Kardashian build her empire.

Kim Kardashian was born on October 21, 1980 in Los Angeles, California. She is the second of four children born to parents Robert and Kris Kardashian. Her father was a prominent attorney who famously represented O.J. Simpson during his murder trial. Her mother managed her career as a child actor. Kris later married Caitlyn Jenner, making Kim step-siblings with Kendall and Kylie Jenner.

Kim attended Catholic school as a child and then went on to graduate from Marymount High School in Los Angeles. After high school, she briefly attended Pierce College before dropping out to pursue a career in entertainment.

Kim Kardashian first came to public attention thanks to her close friendship with Paris Hilton. The socialite lifestyle she led was heavily documented by the media, and she quickly became a household name. Kim Kardashian then rapidly shot to fame in 2007 after the release of a sex tape that she made with her then-boyfriend Ray J. The tape was leaked without her consent and quickly went viral, making her a household name. She capitalized on her newfound notoriety by signing a deal to star in her own reality TV show, Keeping Up with the Kardashians, which first aired in 2007. The show was an instant hit, and it made Kim Kardashian a very rich woman.

One of the major ways that Kim Kardashian has built her fortune is through product endorsements. She has worked with some of the biggest brands in the world, including Adidas, Skechers, and T-Mobile. In 2013, Kourtney, Khloe and Kim each earned $10 million from sponsored posts alone. In recent years, estimates put Kardashian’s earnings generated from product endorsements at $50+ million a year. This is a huge source of income for her, and it shows no signs of slowing down.

Kim Kardashian’s reality TV show, Keeping Up with the Kardashians, has been a massive financial success. The show has been on air for over a decade and is still one of the most-watched programs on television. It is estimated that Kim Kardashian has made north of $200 million from the show.

In addition to her reality TV show and product endorsements, Kim Kardashian has also made a lot of money through her various business ventures. She has launched several successful businesses, including a cosmetics line, a clothing line, and a mobile app. All of these businesses have been extremely lucrative, and they have helped to boost her net worth significantly.

In 2017, Kim Kardashian launched her own cosmetics line, KKW Beauty. The brand quickly became a massive success, and it is estimated to be worth $500 million.

In 2019, Kim Kardashian launched a new line of shapewear called Skims. The brand quickly became a hit, and it is estimated to be worth $1 billion.

Kim Kardashian has been married three times. She first married music producer Damon Thomas in 2000. The couple divorced in 2004. She then married basketball player Kris Humphries in 2011. The couple split after just 72 days of marriage.

In 2014, she married rapper Kanye West. The couple have four children together. North, Saint, Chicago, and Psalm. They divorced in 2022.

Kim Kardashian is a Christian and has described herself as “really religious”.

On October 2, 2016, while attending Paris Fashion Week, Kim Kardashian was the victim of a robbery. She was robbed at gunpoint by men who broke into her hotel room and stole over $10 million worth of jewelry. While she was unharmed, the incident was a major shock, and it led to her taking a break from the public eye for several months.