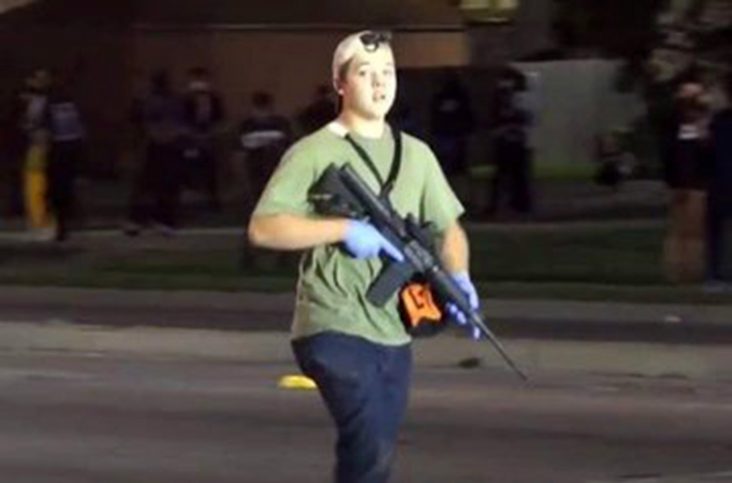 The mother of the alleged Kenosha gunman was given a “standing ovation” when she attended a GOP meeting in Wisconsin.

Wendy Rittenhouse is the mother of Kyle Rittenhouse who is charged with shooting two black men during a Black Lives Matter protest on August 25.

“I was able to talk to Kyle by phone & THANK HIM for his courage!”

The 17 year old Kyle Rittenhouse was charged in a shooting and death of two men at the BLM protest.

Videos from the protest showed him carrying a semiautomatic rifle and associating with some other vigilantes and self-proclaimed militia members who were at the outskirts of the rally. Kyle has been charged with first-degree intentional homicides of Joseph Rosenbaum and Anthony Huber.

Prosecutors say that Rosenbaum allegedly threw a plastic bag at Rittenhouse, which missed, and then wrestled for the rifle.

The cellphone video showed that Rittenhouse said, “I just killed somebody” after shooting Rosenbaum.

Afterwards, Rittenhouse tripped, and Huber hit him with a skateboard and unsuccessfully tried to take away the rifle. Rittenhouse opened fire killing Huber and hitting a third person, Gaige Grosskreutz.