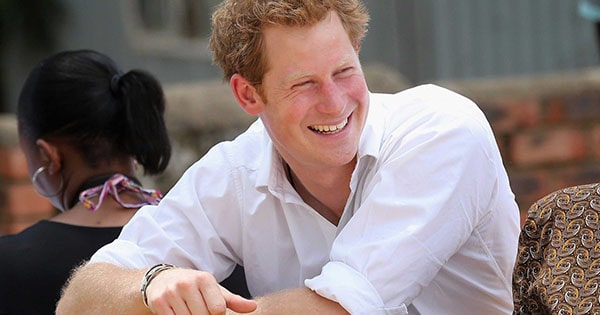 Someone finally bit the bullet and asked Prince Harry the question on everyone’s mind: is he ready to get married and have babies?

Prepare your ovaries, ladies. You’re going to love this.

As you may or may not know, Prince Harry is currently in New Zealand on a five-day royal visit following a four-week attachment to the Australian Defence Force.

Local news outfit Sky News had the privilege of speaking with the rugged Brit in an exclusive interview. Clad in a simple shirt and jeans, a laid-back Prince Harry talks about love, life, the army, and missing the birth of his royal niece, Princess Charlotte.

“As I’ve said, I’m so looking forward to seeing her, meeting her, holding her – she was a little bit late hence I missed her, so she’ll have to work on that,” he joked.

Prince Harry says he wants to have children, in an exclusive interview with @SkyRhiannon http://t.co/2iMHCqI7hL pic.twitter.com/03Q36DCIVy

And that’s not all. Despite his ‘playboy’ reputation, the 30-year-old expressed his enthusiasm to start his own family, and to have someone by his side to share the ‘pressure’ of his royal role:

There come times when you think, now’s the time to settle down, or now’s not or whatever way it is. I don’t think you can force these things, it’ll happen when it’s going to happen – of course I’d love to have kids right now but, you know, there’s a process that one has to go through and tours like this is great fun. Hopefully I’m doing alright by myself, it would be great to have someone next to me to share the pressure – time will come, whatever happens will happen.

Who can shout the loudest? Another photo of Prince Harry in #Christchurch #RoyalVisitNZ! pic.twitter.com/KNGy6DKc9J

Watch the full interview here. Jump to 6:58 for the juicy bits:

Well, this Prince may be rough around the edges, but he’s a softie in all the ways that count.