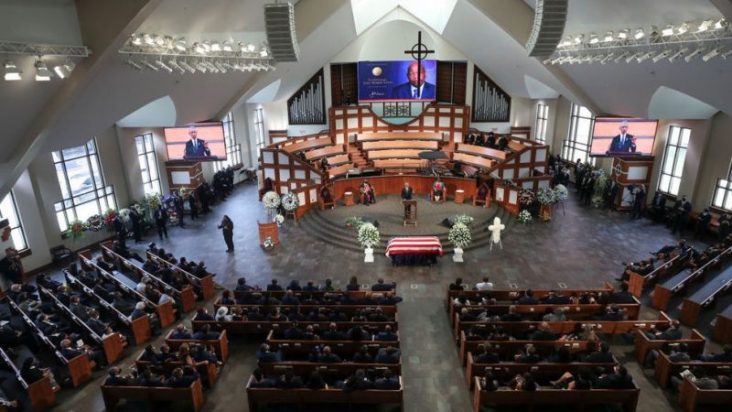 John Lewis Funeral in Atlanta, Georgia was attended by lawmakers.

The Washington D.C. mayor’s office said lawmakers who went to the Atlanta funeral of Rep. John Lewis do not need to follow D.C. quarantine rules upon their return.

D.C. Mayor Muriel Bowser earlier issued a 14-day quarantine order to anyone traveling to a “high-risk area” upon entering the District, which includes  Georgia.

Bowser’s Press Secretary Susana Castillo confirmed that attendees of the funeral do not have to follow the quarantine rules.

“Government activity is essential, and the Capitol of the United States is exempt from the Mayor’s Order.”

Rep Lewis called the conscience of Congress, died on July 17 after a battle with pancreatic cancer.

After the United States Capitol, his body was returned to Atlanta for a funeral at that city’s historic Ebenezer Baptist Church. Former President Barack Obama delivered the eulogy.