Lil Nas X is fully embracing his new hellish aesthetic as he teams up with an idea org to release “Satan Shoes.”

The rapper/pop star is putting out a limited release of Nike sneakers all about Satan, from the shoes right down to the box artwork, which features a pentagram emblem sitting on the laces.

The shoe body is a Nike Air Max ’97, which MSCHF, the company behind this campaign, has reinvented with Nas X’s new ‘Montero’ song and video in mind. It’s got a bible scripture emblazoned on the side, Luke 10:18, which references Satan’s banishment from heaven.

There’s also a 666 reference toward the back of the shoe, and word is MSCHF/Nike are only dishing out 666 of these to the public, meaning if you have 6/666, that indicates you got the 6th model. 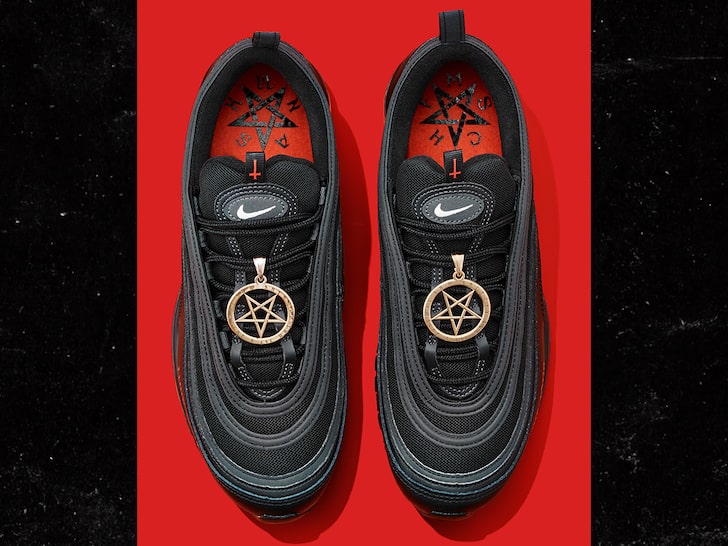