As far as pets go, dogs are the absolute most loyal species there is. And one extremely faithful dog in Cambodia proves this in the cutest way possible.

Footage of a pup protecting his drunk owner from motorists and a policeman who were trying to wake him up has gone viral, and garnered more than 700,000 views within 24 hours of posting.

In the video, taken by an onlooker, shows the owner sleeping off a hangover right in the middle of a busy street. The golden-colored mutt stands protectively over him, barking at passers-by who attempt to come too close.

A few seconds later, a policeman is shown hovering over the drunk man. His loyal animal, not caring about the cop’s badge, tries to get him to back off. 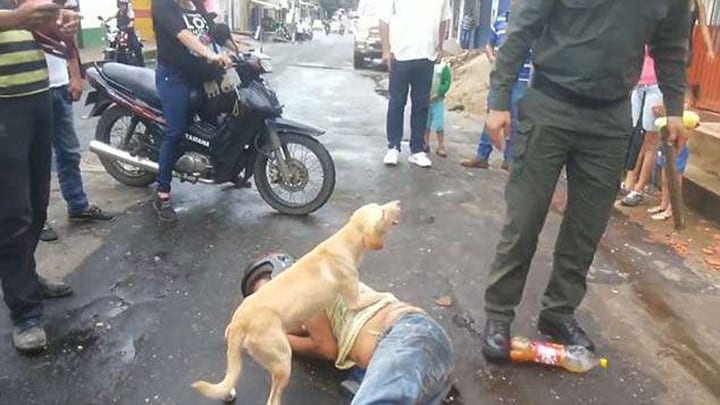 When the police officer persists, the dog lovingly nuzzles into his owner’s face, gently waking him up. An onlooker can be overheard telling the officer, “The guy is drunk.”

The drunk man eventually comes to and gives his pooch a loving pat on the head before being helped up by the cop.

You can watch the adorable video here: