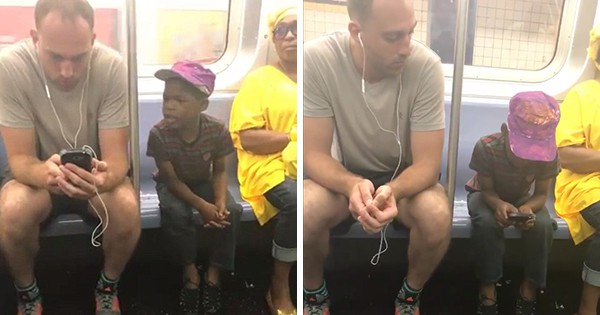 A lovely moment shared between a random passenger and a curious little boy on the NYC subway was caught on video and quickly went viral.

In a series of clips posted by Kia Tatiyana Davis, a passenger on the train playing on his phone gets an adorable onlooker… in the form of a little boy sitting right next to him.

What I witnessed today on the train. I almost cried y’all ❤️

As the man silently tinkers with his phone, the boy starts chiming in with some advice. After a few minutes of this, the kind stranger decides to hand over his mobile so the kid can play.

The touching footage, which was posted on Facebook, has been viewed more than 1,700,00 times as of print.