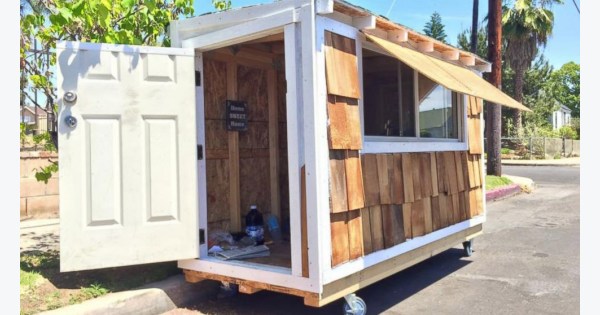 Peer into the world of homelessness and you’ll see people who are unloved, unwanted and uncared for.

And it was no different for Irene “Smokie” McGee, who has been homeless in California since her husband died in 2004. Until recently that is, when she was offered a helping hand from a kind stranger.

For over 10 years, Irene “Smoky” McGee has been sleeping on the streets, without even a cardboard box for protection. 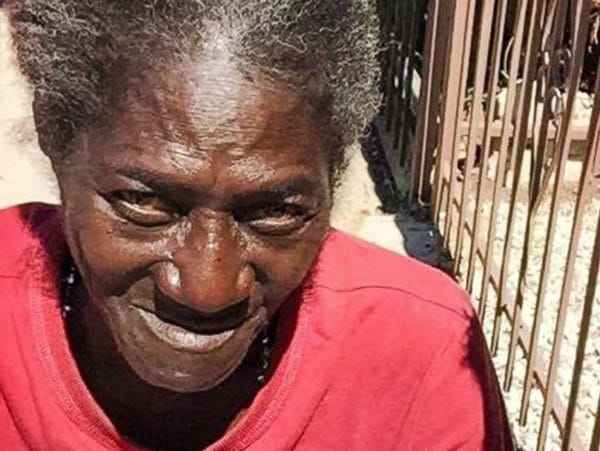 Recently, Elvis Summers stepped in. He had befriended McGee years ago, giving her his recyclables to cash in. “I started asking questions to see what her story was,” Summers said. “I learned she didn’t have anything.”

So with his two hands and giant heart, Summers decided to build McGee a small home. 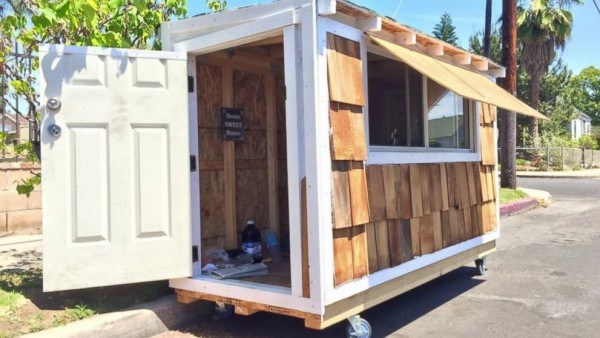 “I saw online that people were building these tiny homes.” Summers said, “I had done construction before, so I figured that’s easy. I could do that.”

Mini-homes are gaining in popularity, reflected in the rise of TV shows such as Tiny House Nation.

A mere $500 worth of material and five days later, Irene McGee’s new home was complete. “He’s one in million.” McGee said. “He’s my guardian angel.” 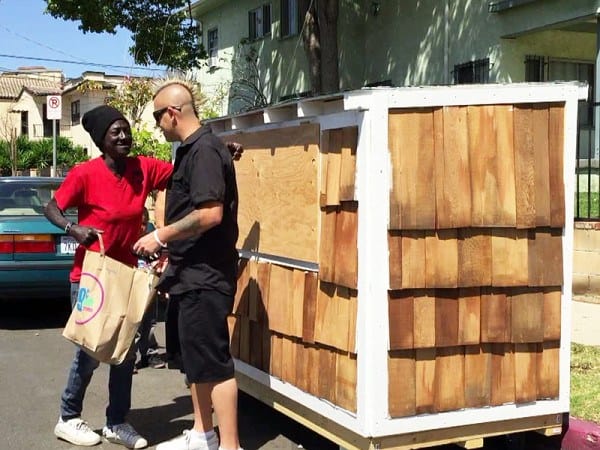 Summers said the city supports the miniature home, as long as it’s moved to a different spot every 72 hours — which is precisely why Summers was sure to include wheels on the structure.

Since building the shelter for McGee, Summers has crowdsourced over $50,000 for “Starting Human,” his new organization. “I had no idea this was going to explode.” Summers’ goal is to find more vacant land to build these temporary homes.

It’s kindness like this that builds people back up so they can reintegrate into society.