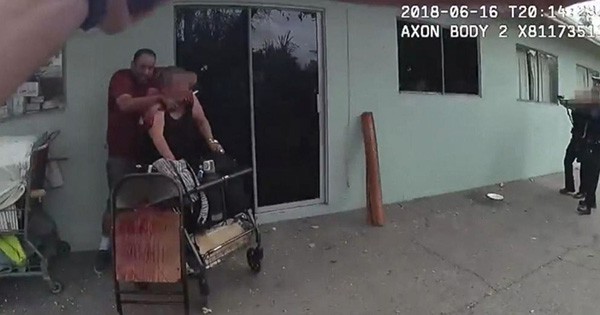 An armed suspect was shot and killed after a hostage situation went awry last month.

Bodycam footage from one of the officers who responded to the incident was released on Tuesday. The video shows how the suspect was shot and killed after slitting his hostage’s throat.

The officers were trying to apprehend ex-con Guillermo Perez, 32, responded to a call about a woman being stabbed. The woman was Perez’s ex-girlfriend.

When officers arrived at the scene in Los Angeles Van Boys area, they found Perez standing outside a church holding a large kitchen knife. He was clutching a metal folding chair trying to defend himself as police officers approached.

Perez ignored repeated commands to drop the knife. He then runs away from the officers and grabs hold of 49-year-old Elizabeth Tollison. 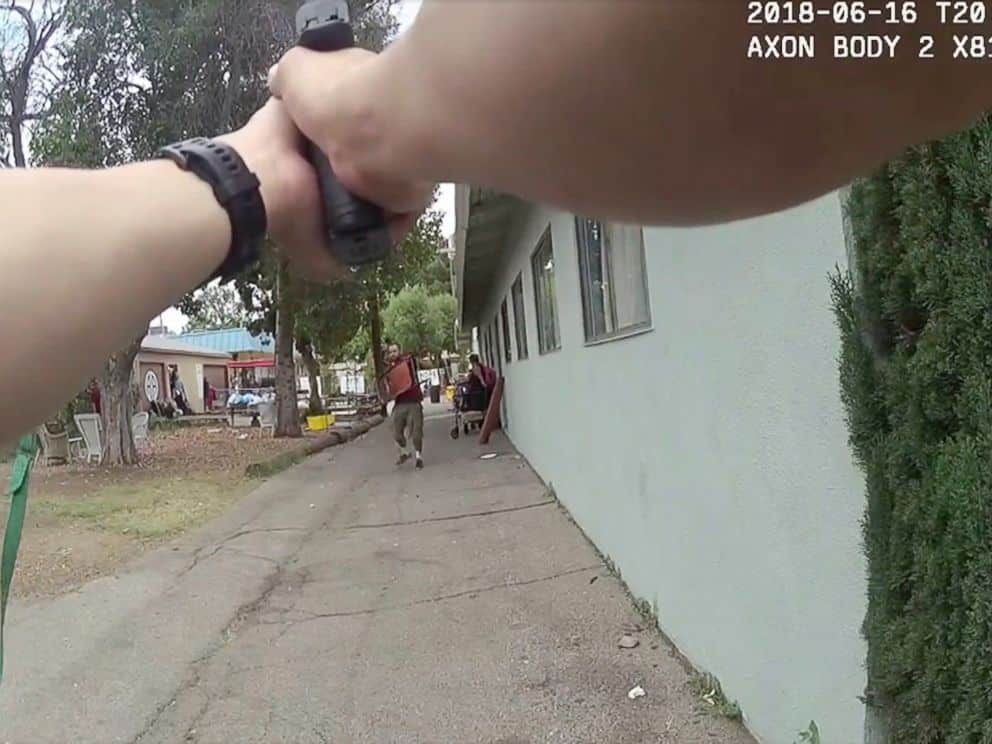 “Perez then pushed the woman in between himself and the officers, raised the serrated knife, and pressed it against the woman’s neck,” the police department said in a statement Tuesday. “At this point three officers fired their handguns at Perez who was hit by the gun fire and fell to the ground.

“Tragically, Perez’s hostage was also struck by gunfire, collapsed and later died from this gunfire,” the statement adds.

LAPD Chief Michel Moore said that it had been 13 years since an officer killed and innocent bystander or hostage. 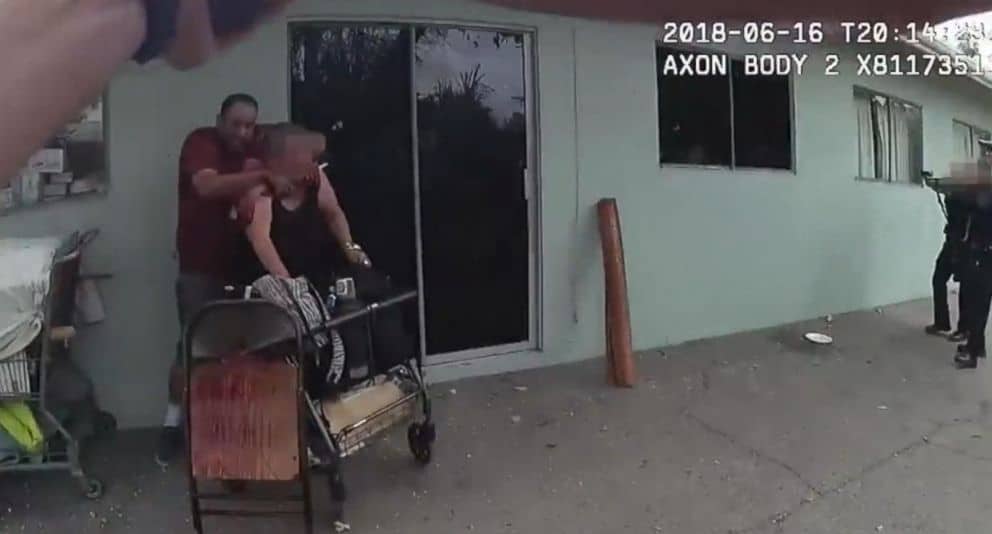 The “three officers shot at Perez to stop his actions and prevent him from killing the hostage,” Moore said at a Tuesday morning press conference. “The life of the hostage is paramount and protecting that individual from the threat of the assailant, and in doing that, the balancing act that the officer has — is how to protect them by stopping the suspect’s actions.”

He said the department plans to implement a new training program and hopes to equip officers with other nonlethal weapons.

“This was a tense situation that unfolded very quickly. It’s every officer’s worst nightmare,” Moore added.