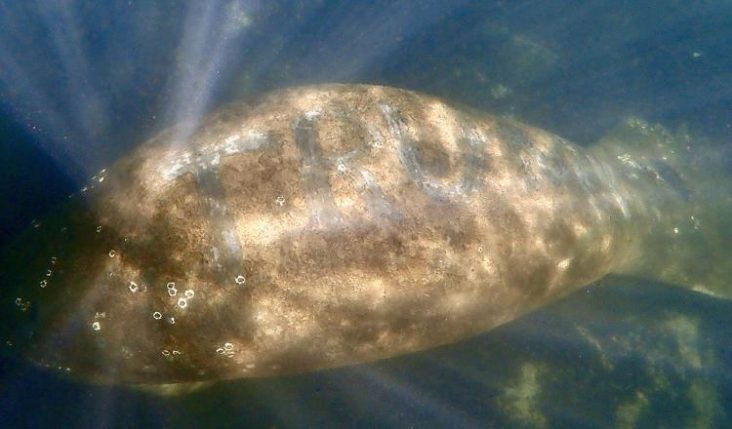 Federal officials with the U.S. Fish and Wildlife are looking into the matter of a manatee in Florida that was found with the President’s name on its back.

The agency and Florida’s Fish and Wildlife Conservation Commission seek information after a video showed a manatee in the Homosassa River with “Trump,” on its back though it appeared otherwise uninjured.

Manatees are protected in Florida and are considered “threatened” by the Fish and Wildlife Conservation Commission, after previously being classified as “endangered” in 2017.

However, it did not directly downgrade the level of federal protections.