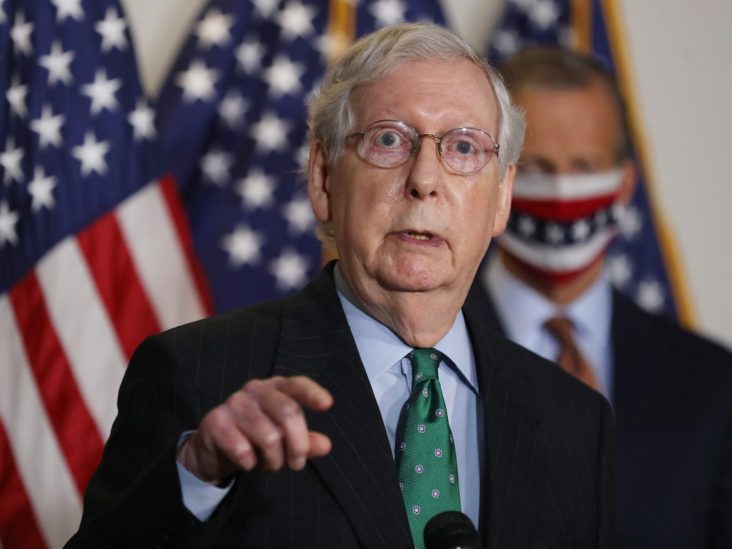 In a statement, McConnell said, “The House of Representatives has voted to impeach the President. The Senate process will now begin at our first regular meeting following receipt of the article from the House.”

He added that “there is simply no chance that a fair or serious trial” could be wrapped up before President-elect Joe Biden is sworn in Jan. 20.

Senate Democratic Leader Charles Schumer had requested that the Senators return early to start the trial.

“This is not a decision I am making; it is a fact. The President-elect himself stated last week that his inauguration on January 20 is the ‘quickest’ path for any change in the occupant of the presidency,” McConnell said.

The Senate is out of session until Jan. 19, a day before Biden will be sworn in.

McConnell mentioned last week that the earliest the Senate could begin consideration of the impeachment articles is at 1 p.m. either on Jan. 20, the day Biden is sworn in, or Jan. 21, the day after he is sworn in.

McConnell, in a letter to Republicans on Wednesday, didn’t close the door on ultimately voting to convict Trump, saying he was waiting to hear the evidence.

“While the press has been full of speculation, I have not made a final decision on how I will vote and I intend to listen to the legal arguments when they are presented to the Senate,” McConnell said in his letter to the caucus.