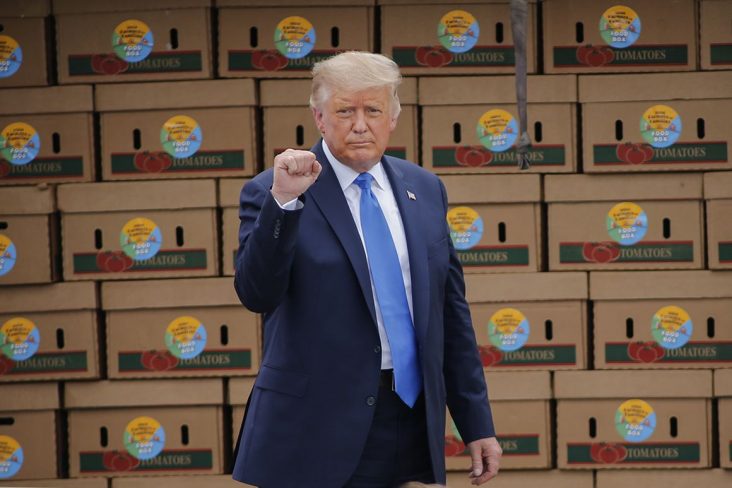 Conely said that Trump has responded 'extremely well to treatment

Medical experts are saying that U.S. president, Donald Trump’s age and weight place him at risk of serious complications from Covid-19, reports said.

The 74-year-old Trump on Friday announced on Twitter that he and his wife, Melania Trump, had both tested positive for the virus.

News18.com cited guidelines from the Centers for Disease Control and Prevention (CDC) which said that the risk for severe illness from Covid-19 increases as one gets older.

Dr. Barry Dixon, an intensive care physician at St Vincent’s hospital in Melbourne, was quoted by The Guardian saying the president’s risk would increase if he developed pneumonia. The condition is associated with a high Covid-19 mortality rate, mostly in patients over 65 and those who have cardiovascular disease or conditions affecting blood vessels of the brain.

“He’s at a much higher risk of dying if he does develop that bad pneumonia,” Dixon said. “There are other risk factors and co-morbidities such as whether you are a heavy smoker, have diabetes, or have heart disease. The key risk factors for Trump that we know about are his age and the fact he’s overweight, and they’d be high-risk factors.”

Dixon noted it is after the one-week mark where people either seemed to improve or decline rapidly.

“We tend to see people with very mild symptoms for the first week, that is typical, and in the second week typically people either develop pneumonia or not,” he said.

“If you see someone who just got it, they’ve just tested positive, typically they look well. But we would tell those patients to isolate at home and to come to the hospital if they feel short of breath. Because in that second week of the virus, people can go from looking very good to pretty rotten even over just 24 to 48 hours.

“It’s a quick deterioration, and that’s what we saw with [British prime minister] Boris Johnson.”

At the same time, doctors said being obese makes it harder for some people to fight a coronavirus infection. Carrying around a lot of extra weight strains the body, and that excess fat could limit the lungs’ ability to expand and breathe.

The Associated Press quoted Sara Tartof, a co-author of the study saying, “How fat is distributed in the body may play a role too. One study found an increased risk for death from Covid-19 for people with severe obesity, but only among men. The findings could reflect that men tend to carry fat around the stomach.”

For his part, White House physician Sean P. Conley said he expects President Trump to continue carrying out his duties without disruption as he and first lady Melania Trump recover from the coronavirus.